Not surprised at evil attack as we were on high alert for a few weeks: Israeli envoy 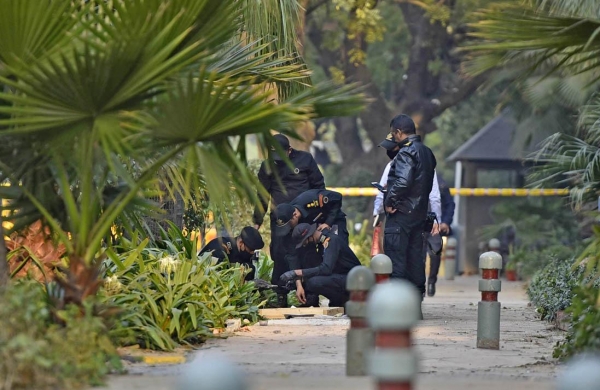 By PTI
NEW DELHI: A day after a blast outside its Embassy here, Israel’s ambassador to India Ron Malka said there are enough reasons to believe it was a terrorist attack but they are not surprised at the event as the alert level had been increased for the past few weeks following intelligence inputs.

In an interview with PTI, he also said the investigations will look into all possible angles, including whether there are any links to the 2012 attack on Israeli diplomats here while events around the world are also being examined to find any related operations or activities at any destination.

“These attacks by those seeking destablisation in the (West Asia) region cannot stop us or scare us. Our peace efforts will continue uninterrupted,” he said when asked whether the attack was aimed at derailing Israel’s peace efforts with various Arab countries.

He said Israeli authorities and the embassy are providing all assistance and every information Indian authorities probing the attack.

A low-intensity improvised explosive device(IED) went off near the Israeli Embassy in the heart of Delhi on Friday evening but no one was injured.

Some cars were damaged in the blast that occurred about 150 metres away from the Embassy in Dr APJ Abdul Kalam Road in the very high-security Lutyens’ bungalow zone.