Not so vocal on unrest, Javadekar targets Congress 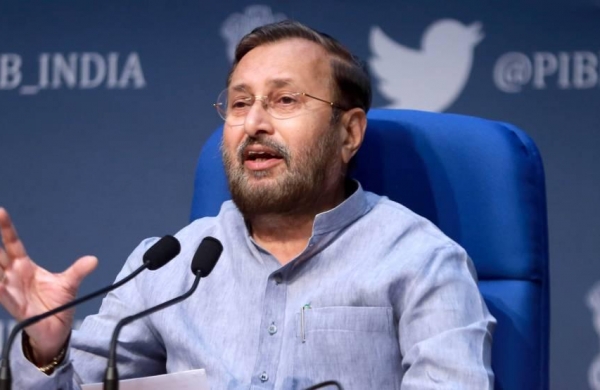 By Express News Service
NEW DELHI:  Top ministers of the Central government and senior functionaries of the BJP were quiet, a day after the Republic Day unrest in Delhi. Prakash Javadekar — minister of environment, heavy industries, information and broadcast — was the only one to speak to the media. Criticising the Congress and Rahul Gandhi, he said the window of discussions with the farmers had never closed.

“We never said we will not talk to the farmers’ unions,” Javadekar said, while briefing reporters about Cabinet decisions. Not taking questions on Tuesday’s incidents, he said: “We also have the same sense as you all have (on the incidents). Delhi Police in its briefing will give the answers.”

Javadekar’s stoic stance on the incidents was in line with the government and BJP leaders, who have by and large refrained from public comments. “It’s for the police to take appropriate actions against the culprits who unleashed violence during the tractor rally. They have demonstrated that they have been politically motivated. They don’t have popular sympathy,” said a senior BJP functionary.

However, Javadekar was vocal against the Congress, alleging that Rahul has always tried to provoke protestors and denounced violence only after it had drawn nationwide condemnation. “The Congress wants to create a situation of unrest in the country. This is what is left of their politics. It is worried about what will happen to its family-based politics.”

Referring to tweets from some Congress handles, which praised the rally on Wednesday, and also to remarks of some farmer leaders made earlier, Javadekar noted that nearly 400 police personnel had been injured. “The Congress is desperate and frustrated. The Communist parties are also in the same state.

The Congress knows it and does not want any resolution to be reached between protesting farmer unions and the government. These parties want violence and unrest at any cost so that they can exploit it,” he said.

The Punjab government also came in for criticism, as Javadekar said that it should have arrested criminal elements as a preventive measure before scores of people set off for Delhi on tractors.