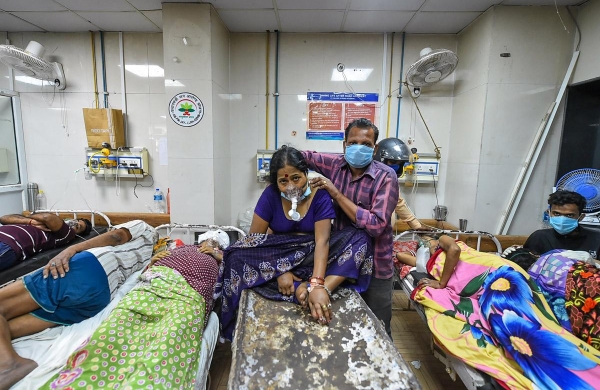 By PTI
NEW DELHI:  A Supreme Court bench on Friday stayed a bunch of orders on Covid management issued by the Allahabad High Court  to the Uttar Pradesh government recently, agreeing they were impossible to implement. It also advised high courts dealing with Covid cases to refrain from dealing with issues that have trans-national and international ramifications, since the top court itself is seized of pan-India matters.

The Allahabad High Court had on May 17 ordered the UP government to upgrade its health facilities on a war footing, specifically directing it to provide two ambulances with ICU facilities to each village within a month. But a Supreme Court bench comprising justices Vineet Saran and Bhushan Gavai agreed with the state’s position, represented by Solicitor General Tushar Mehta, that UP has 97,000 villages and an order of this magnitude was impossible to implement within the HC’s deadline.

“We are of the opinion that high courts should normally consider the possibility of execution of their directions. If such directions cannot be implemented, then such orders may not be passed. The doctrine of impossibility is equally applicable to courts,” the bench said. It added that the high court’s May 17 order can be treated as advice and not directives.

The Allahabad High Court has been scathing in its observations of the state government’s handling of the pandemic, going to the extent of saying that the state’s healthcare system is Ram Bharose (at God’s mercy). Mehta also sought a direction from the bench to transfer all Covid-19 related matters pending in various high courts to benches headed by their respective chief justices. “In Allahabad High Court, there are other PILs which are listed before other benches in which notice has been issued.

Similar cases in other high courts, too. But, let such matters be placed before only Chief Justice-led benches,” he urged.  However, the court said it could not pass such sweeping orders as the constitution of benches was the prerogative of the chief justice of the high court. “We cannot demoralise the high courts,” it said. At this, Mehta said, “Health infrastructure can never be ignored. But these directions are impossible to comply with…we understand the anxiety of the court. But this is a matter of concern. Courts should also have some judicial restraint and not pass orders which are difficult to implement.”

No stay on further proceedings“We are staying the order but we are not staying the proceedings before the Allahabad High Court. The matter be listed on July 14,” the Supreme Court bench said while appointing senior advocate Nidesh Gupta as amicus curiae to assist in the matter