‘Not being allowed to visit Udaipur’: BJP MP Kirodi Meena hits out at Gehlot 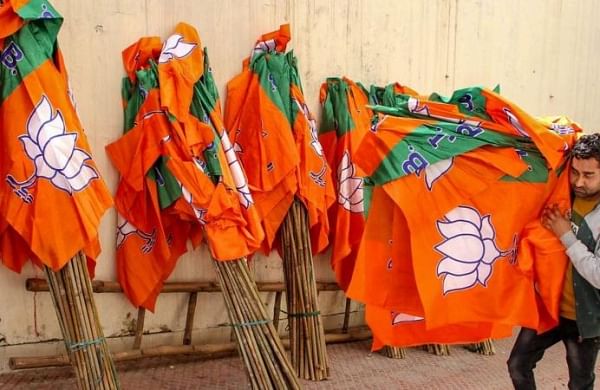 JAIPUR: BJP’s Rajya Sabha MP Kirodi Meena on Friday said the Rajasthan Police is not allowing him to visit Udaipur, the city he was asked to leave ahead of the Congress brainstorming session there.

He also alleged that the Congress Chintan Shivir is being held at a hotel constructed in violation of the rules.

The Udaipur police had said on Thursday that they sent Meena to Jaipur as there was a “possibility of disturbance to law and order” due to his presence there.

On Friday, Meena told reporters that he was planning to go again to Udaipur.

But after his interaction with the media, he was summoned to the Jaipur police commissioner’s office, the BJP leader said.

“Police officers told me that they face pressure and will not allow me to go out of Jaipur. They also said that they will not give any written orders for this,” Meena told reporters later.

“I have not seen a government like this. I want to go to a tribal conclave in Udaipur division but the government is stopping me from meeting my tribal brothers and sisters,” he said.

He alleged that the Udaipur hotel where the Congress is holding its Chintan Shivir has been constructed in violation of rules.

He, however, didn’t substantiate his claim.

Meena said the hotel is located on a river bed.

“The hotel was illegally constructed and I would like to tell Sonia Gandhi that she should not stay and hold the Chintan Shivir there,” he told reporters.