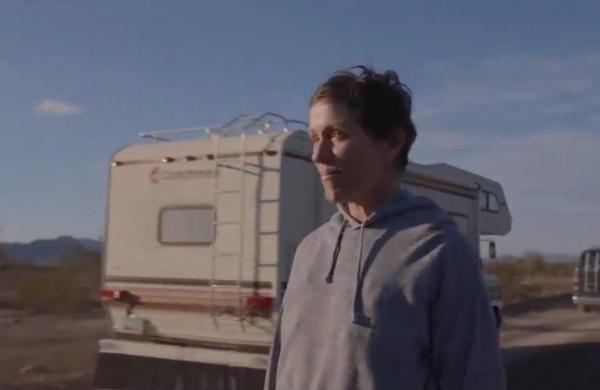 By PTI
LOS ANGELES: Michael Wolf Snyder, who worked as production sound mixer on the acclaimed feature “Nomadland”, has died by suicide, according his father, David Snyder.

Michael Wolf Snyder’s body was found in his apartment in Queens, New York by his father on March 1 after friends and family had not heard from him for several days, reported Variety.

David Snyder, a psychiatrist, shared a post on Facebook on March 4, in which he detailed that his son suffered from “major depression for many years”.

“Michael took his own life sometime in the last week and wasn’t discovered until I went to check on him Monday after he had dropped out of contact for several days.

He has suffered from Major Depression for many years.

“For most people, this is an illness that waxes and wanes over the years.

I’m sure it was difficult for Michael that he spent most of the last year alone in his small, Queens apartment, being responsible about dealing with the coronavirus,” David Snyder wrote.

Michael Wolf Snyder, who began his career in 2011 as a boom operator on the thriller “Occupant”, appeared “especially joyful and invigorated” in the last few months as he was able to get back to work on several different film projects after COVID-19 regulations were eased, his father further wrote.

“He was certainly thrilled about all of the accolades for ‘Nomadland’ and told us many happy stories about his work on the film and the amazing people he got to spend time with,” David Snyder said of the critics favourite film that last week won the top honours at Golden Globes for best drama motion picture and best director for Chloe Zhao.

Zhao, who also worked with Michael Wolf Snyder on her 2017 film “The Rider”, said she didn’t wear headphones on set and “heavily relied on Wolf to be my ears”.

“On ‘The Rider’ and ‘Nomadland’, I always looked at Wolf after each take…He would nod at me with a happy grin, or tears in his eyes, or sometimes he would discreetly signal ‘one more’.

During ‘The Rider’, Wolf suggested an idea we later took onto ‘Nomadland’ — recording room tones longer than we need as a chance to experience silence.

“After hustling on each location, we sat together, in silence, tuned in, listened and honored the world around us and each other.

I will always miss him. He would always be with me on set, after each take, and in the silence of every room tone.

See you down the road, my friend,” the director said in a statement.

“Nomadland” stars Frances McDormand as a widow who hits the road in a van after losing her job.

“Our every breath. For me, he is ‘Nomadland’,” the Oscar winner said.

In a statement released on behalf of the entire cast and crew of “Nomadland”, the team said Michael Wolf Snyder “truly brought life” to the film.

“While our hearts break with Wolf’s loss, we hope it is a comfort to know that his spirit will live forever in every laugh he recorded, every breeze, and every gallop of a horse.

He was part of our little movie family and his kind soul touched us all…We send our condolences to his family on behalf of the entire ‘Nomadland’ company.

See you down the road, sweet friend,” the statement read.

Searchlight Pictures, the distributor of the film, also extended deepest condolences to Michael Wolf Snyder’s family and “to our friends, the company of ‘Nomadland’.”