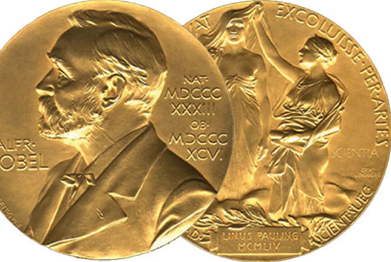 The 2020 Nobel Prize in Medicine has been given to Harvey J. Altar, Michael Houghton and Charles M. Rice for the discovery of Hepatitis C. The Nobel Prize Committee said on Twitter, “Blood-borne hepatitis causes cirrhosis and liver cancer in people all over the world. All three contributed decisively in the fight against it.

Please tell that this award is given by the Nobel Foundation. It is given in memory of the Swedish scientist Alfred Banard Nobel. Before his death, Alfred Banard Nobel had reserved a large part of his property for a trust. His wish was that every year those people are honored with the interest of this money, then they do the best work for mankind. The amount of Alfred Banard Nobel is deposited in a Swedish bank, and every year the interest earned on it gives the Nobel Foundation Nobel Prize. The first Nobel Peace Prize was given in 1901 for peace. It was established on 29 June 1901. The purpose of this foundation is to conduct the Nobel Prize financially. There are a total of five people in this foundation. The head of this foundation is selected by the King of Council of Sweden. The Nobel Prize is announced every year in October. On December 10, the prize and money is given to those who win the Nobel Prize. Please tell that Alfred Nobel’s death anniversary is on 10 December.