No stone left unturned: Officials race against time to save 37 workers trapped in Tapovan Tunnel 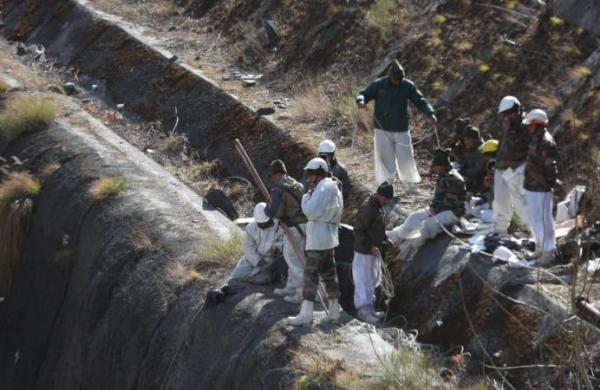 Express News Service
DEHRADUN: 55 hours since 37 men were found trapped in the tunnel of Tapovan Hydropower Project in Chamoli district in Uttarakhand on Sunday, combined rescue teams of the Indo-Tibetan Border Police, the Indian Army, the National Disaster Response Force, the State Disaster Response Force and others have been racing against time to save their lives.

Officials from the Army Medical Corps of the Indian Army said that they have been trapped without food, water or heat in the tunnel where temperatures plummet to as low as 2 degrees.

An official from the AMC camp just 200 meters away from the rescue spot who did not wish to be identified said, “We are waiting for them to be reached and brought to us. We’re trained to save lives, but time is running low for them. They don’t have food or water or any amenities to shield themselves from the cold.”

Officials associated with the project said that workers have enough clothing to give them some protection from the freezing temperatures.

Rakesh Dimri, an official from NTPC said on a hopeful note that the workers have been working for a while now and that they are acclimatized to the local climate.

He added, “They are provided with warm clothes, boots, helmet with headlight and other safety devices such as a torch, a rope, a knife along with other items. I hope they all will be rescued safely.”

Medical experts said that the availability of ventilation will increase their chance of life.

Dr Vipul Kandwal, a medical doctor from Dehradun said, “In this situation, many factors are at play. If they don’t drown, air passage will act as lifesaver. The problem with the sludge accumulation in enclosed space is that it blocks passage of almost everything including Oxygen which is the most essential to live. If there is any way through which air is reaching them, it is a boon.

He also added that comorbidities can become a factor in minimizing their chances to live if the operations stretch for a day or two more.

“If any of those workers have any comorbidities like diabetes, hypertension or any other condition it can act as a variable lowering the chances of survival,” added Dr Kandwal.

On the other hand, even if all conditions are favorable for survival, another doctor Dr Adarsh Singh said,”time is running out for them as a human can survive without food and water — both for a week or so in such conditions.”

However, they do not rule out a possibility of a ‘miracle’.

“We have witnessed miracles and I am certain that our forces will save all those men. The whole nation’s prayers and wishes are with them,” said Dr Singh.

Meanwhile, officials have deployed heli-bound Laser and Electromagnetic Pulse Imager to see if there are any air pockets in the 1.9 km long tunnel network at the hydropower project site.

“The Laser and Electromagnetic Pulse Imager works on LIDAR concept which we are using in day time to look for air pockets in and around the tunnel. This will help us pinpoint the location for any air pockets,” said Manjunath PC, commandant of the Indian Reserve Battalion.

In total, six bodies were recovered on Tuesday taking the total body count to 32. Out of these six, 4 were in Raini, one each in Chamoli and Nandprayag.

According to official estimates, 175 are still missing, whereas a total of five vehicles are said to be trapped in the tunnels including a JCB and a Mahindra Scorpio.

Divers from the Indian Navy have been deployed to look for bodies at possible locations including in the vicinity of Tapovan project as more than 100 workers were at work in the project.

Total two excavator/JCB machines are on the site working round the clock. Till the time of writing this report, the machines have excavated over 6,700 tonnes of muck/slush digging the tunnel 120 meters which is of 30 feet height and 25 feet width.

Miles of ropes, dozens of spades, floodlights and other essential equipments are also pressed into service.

A drone is being used to look inside the tunnel to find if any entry point is available through the slush/muck.

The clearing of the tunnel was done upto 130 meters but the muck from inside the tunnel slowed the team down by reducing the cleared part of the tunnel to 90 meters, said officials.

Aparna Kumar, deputy-inspector general, ITBP, Dehradun sector said, “Our personnel are working every moment. No stone is left unturned to save those men. We have reached beyond 100 meters at 180 meters stretch of the tunnel where the men are trapped.”

Many suspect that at this pace, the operation could stretch by another 3 to 4 days.

According to state government data, 174 are still missing out of which 37 are trapped inside the tunnel.

A team of Indian Army also tried to enter the tunnel from another side but had to abort due to the deposition of muck and debris at the spot.

Meanwhile, Chief Minister Trivendra Singh Rawat visited the villages which are cut off due to the washing away of four bridges.

“Rescue and relief operations are on and we hope those men will be saved. We are providing every possible relief in the affected villages,” said the CM.

Uttarakhand state public works department has also started constructing four trolly bridges at the locations where motorable bridges and suspension bridges were washed away in the flash flood.

Ayaz Ahmed, chief engineer, PWD, Garhwal region said, “We are using nylon ropes, steel ropes and a trolly to install bridges at three locations where the bridges were washed away. It will take 4-5 days.”

The trolly bridges which will carry one person at a time are being installed in Raini village, Tapovan and Juwagad village to connect the villages.