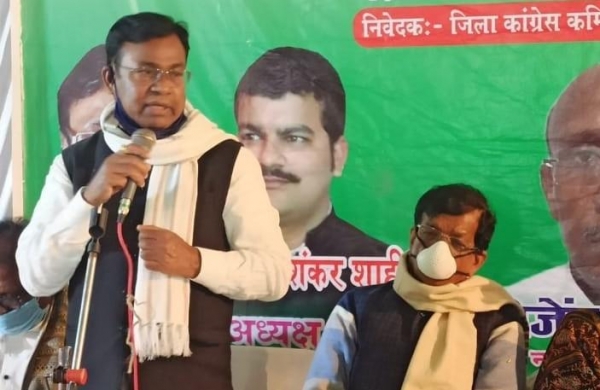 By Express News Service
PATNA: Now, in a bold move, Bihar Congress in-charge Bhakat Charan Das on Thursday said that no person with criminal or communal cases on their name will be allowed to take membership in the party.

Making it mandatory, Das has asked the party leaders holing posts right from state headquarters to district and block levels not to allow the entry of the people with criminal backgrounds or charged with crimes related to communalism and atrocities against people of weaker sections and women.

Issuing this advisory through a short clip of video, Das said: “Make a proper inquiry about anyone wishing to join the party before granting the primary membership.”

Das, soon after being entrusted with the task of Bihar unit of INC after Shakti Singh Gohil, has started reviving the party political stature with a slew of initiates. He has travelled across many districts including Vaishali and Muzaffarpur to have direct interaction with party leaders and sharing the ways to strengthen the party in the state.

In the 2020 assembly elections, 19 MLAs of the party have been elected in alliance with the RJD and the left parties.