No ‘pro-Pakistan’ slogan at poll victory march in Kutch: Cops on viral video 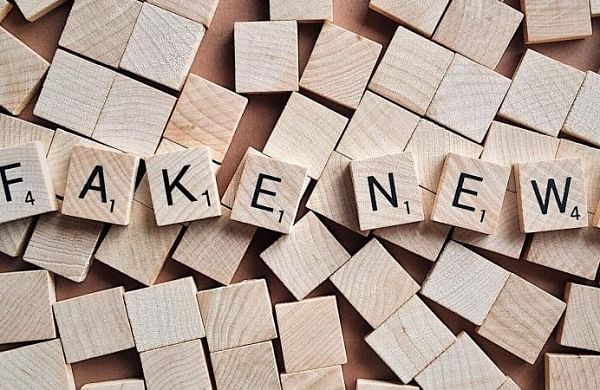 KUTCH: Police investigation into a video in Gujarat has disclosed that no slogans in favour of Pakistan were prima facie raised during the rally of a candidate who won the village panchayat election in Kutch district contrary to the claims made on social media and other platforms, officials said on Wednesday.

A police officer said that a probe will be conducted and action taken against the people who spread the misinformation claiming that some people had shouted ‘Pakistan Zindabad’ during the victory rally of Reenaben Radhubhai Kothiwad, soon after the result of the panchayat election was declared in Dudhai village on Tuesday.

The video had gone viral on social media with accompanying messages claiming that a group of people shouted pro-Pakistan slogans during the victory procession of a woman candidate.

“Reenaben Radhubhai Kothiwad won the election as the woman sarpanch of Dudhai village, results of which were declared on Tuesday. In her victory rally, her supporters shouted ‘Radhubhai zindabad’ twice. However, some people misrepresented the video to claim that people shouted ‘Pakistan zindabad,” Superintendent of Police (Kutch East), Mayur Patil told reporters.

He said if the video clip is listened to quietly, one can hear that, after eight seconds, people are shouting ‘Radhubhai zindabad’ twice.

According to Patil, a probe will be conducted and action will be taken against people who twisted the words to spread misinformation.

“We will issue a warning to the journalist who shared this video on Twitter without proper verification. We will also write to the organisation he is working for,” the SP said.

Sanghavi had said that a proper investigation was being conducted in the incident of slogan-shouting (at the rally) after the poll result in Kutch.

“We are taking action with all seriousness. I assure you that all those who are involved in shouting the slogan will be arrested,” the minister had told reporters.

He also cited another viral video of a locality in Surat, saying a family living there was being harassed by some persons “despite the imposition of the Disturbed Areas Act”.