No Muslim will face any loss due to CAA, says RSS chief Mohan Bhagwat 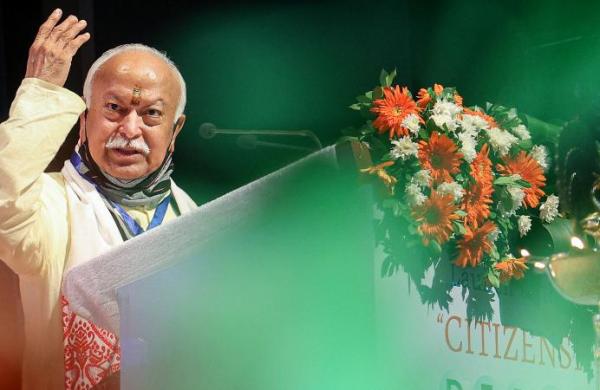 Express News Service
GUWAHATI: RSS chief Mohan Bhagwat on Wednesday said the Muslims in India would not face any loss due to the Citizenship (Amendment) Act or CAA.

“CAA and NRC (National Register of Citizens) are not against Indian citizens. The Muslims in India are not going to suffer from any loss due to CAA,” Bhagwat said at a book release programme in Guwahati.

According to the RSS chief, there are several methods for a country or a government to know its citizens and NRC was one of them.

“This (NRC) is not against anybody. NRC was made a Hindu-Muslim issue but it is not. Such things happen (as some try) to gain political mileage,” Bhagwat said.

He said it happened in every country that it tried to figure out its citizens. It is a matter of knowledge and information and it is the same in the case of people visiting another country, he said.

“Every government in the world checks if the people, who arrived after obtaining a visa, are visiting the places they are supposed to. It also tries to find out who those people are who came without permission,” the RSS chief said.

He said India would not have been partitioned if the views of the people were taken. He said the entire populace that fought to drive out the British had imagined the whole of “Bharat” to become one independent nation.

“But there was division. The views of people were not taken for a consensus during partition. If their views were taken, there would never have been any partition. But the leaders decided and the public accepted it,” Bhagwat said.

He added that due to that decision, some people lost their homes and hearth and it continued to this day.