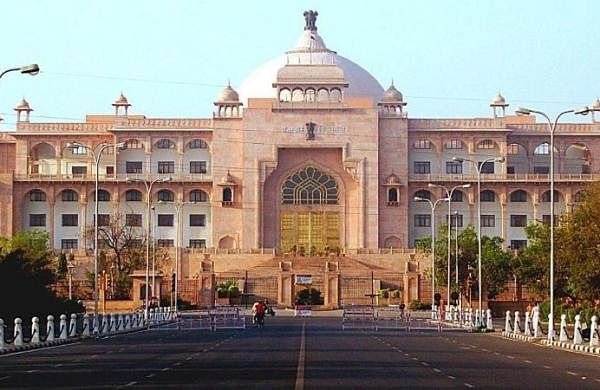 JAIPUR: Children took over the Rajasthan Vidhan Sabha for an hour on Sunday, holding a mock assembly session that captured the spirit of the real thing — including the odd disruption and an opposition walkout.

Lok Sabha Speaker Om Birla, a witness to many such scenes for real in Parliament, was present at the make-believe event organised to mark the birth anniversary of Jawaharlal Nehru.

Instead of the 200 real-life MLAs, that many children aged between six and 16 took part in the “special session.”

Jahnvi Sharma occupied the Speaker’s chair and took the House through Question Hour, Zero Hour and the other proceedings.

During Question Hour, the children sought replies from the pretend ministers mainly on issues related to children and the youth.

A plan to curb child marriages and action against the availability of drugs near educational institutions were among the issues raised.

Although tame by real-life standards, there were also disruptions in the proceedings and a few opposition MLAs did hold a dharna over drug trafficking in the well of the House.

That ended with an assurance that the state government will act against the menace.

During Zero Hour, a member demanded a debate on the internet shutdowns ordered by authorities during competitive exams, saying they created problems for common people.

The child-member also accused the state government of shutting down the internet to hide its own administrative failures.

In a familiar scenario, the mock opposition staged a walkout demanding a minister’s reply.

They relented when the minister agreed to do so during the current session.

The adverse impact of mobile phones was discussed.

So was the need to provide free resources to students and teachers for online education.

The children sat at places which their real-life role models occupy in the House from the Speaker’s chair, the front rows for the ministers and the senior MLAs to the back benches for the first-timers.

Addressing the children before the session began, Gehlot highlighted the importance of democracy and the role the country’s first prime minister Jawaharlal Nehru and others played in strengthening it Lok Sabha Speaker Om Birla praised the initiative and said active public participation was needed to strengthen democracy.

Joshi said it was a first-of-its-kind initiative in the country and the 200 children were selected from among 5,500 from 15 states who had submitted their entries online.