No Covid deaths due to lack of oxygen have been specifically reported by states: Centre 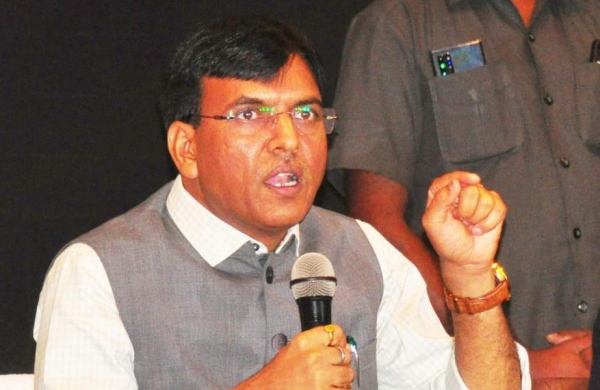 Express News Service
NEW DELHI: The Union government on Tuesday informed the Parliament that no state had specifically reported any deaths due to oxygen shortage during the second wave of Covid pandemic in India.

In response to an unstarred question by Congress MP KC Venugopal, the Union Health Ministry said that while health is a state subject, all states report cases and deaths to it on a regular basis, as per detailed guidelines for reporting deaths.

“No deaths due to lack of oxygen have been specifically reported by states/UTs,” said the ministry in its written response.

Further, the ministry stressed that the Centre supported the states and undertook a series of actions including provisioning medical oxygen, and other consumables to ensure clinical care of Covid patients in view of the steep rise of the case trajectory in the country during April and May this year.

It also told the upper House that it had to step in to facilitate equitable distribution of oxygen to the states.

The supply of medical oxygen to hospitals is determined by contractual arrangements between the concerned hospital and the medical oxygen supplier, said the ministry.

However, due to the unprecedented surge in demand for medical oxygen during the second wave, the demand in the country peaked at nearly 9000 MT as compared to 3095 MT during the first wave and the Union government had to step in to facilitate equitable distribution to the states.

In a separate but related development, Union Health Minister Mansukh Mandawiya underlined that the government’s job was to publish the data submitted by the states and that they didn’t ask anyone to show lesser figures.

“Centre compiles and publishes the data sent in by state governments. Our work is to publish that data, and nothing else. We haven’t told anyone to show fewer numbers (of deaths) or less positive cases. There’s no reason for that. The PM had said the same in meetings with CMs,” said the newly appointed health minister.

Meanwhile, Venugopal in a party press conference later charged the government of “misleading” the Parliament.

“The government has given a reply today that nobody in the country died due to a shortage of oxygen. In every state, we saw how many patients died due to lack of oxygen. We know. The Minister misled the House. We will move a privilege motion against that minister (Mandawiya),” said the Congress leader.