No-confidence motion against Khattar government taken up in Haryana Assembly 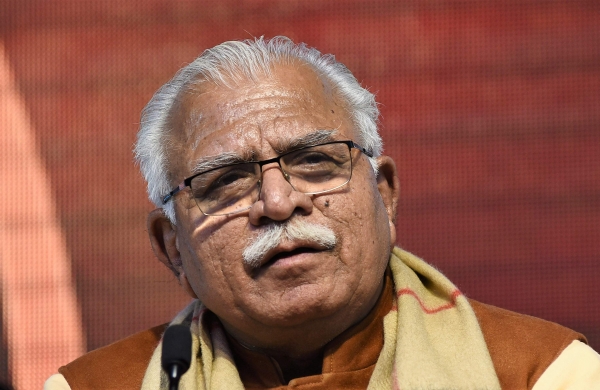 By PTI
CHANDIGARH: The motion of no confidence against the BJP-JJP government, brought by the main opposition Congress, was on Wednesday taken up in the Haryana Assembly, with Speaker Gian Chand Gupta reserving two-hour discussion on it.

After the end of the Question hour, the Speaker admitted the notice of no-confidence motion against the Council of Ministers.

“I have received no-confidence motion from the Leader of Opposition (Bhupinder Singh Hooda) and 27 other Congress MLAs,” the Speaker said.

The notice was admitted by the Speaker and two hours were kept for discussion.

In the 90-member Haryana Assembly, currently having an effective strength of 88 members, the ruling BJP has 40 members, the JJP 10 and the Congress 30.

Seven are Independents, five of whom are supporting the government, while one member is of the Haryana Lokhit Party, who has also extended support to the government.

He had said the party needed to move a no-confidence motion because the BJP-JJP government has “lost public confidence” and the coalition government, “betraying public opinion, is taking anti-people decisions one after the other”.