No blood banks in 63 districts of country, Rajya Sabha told 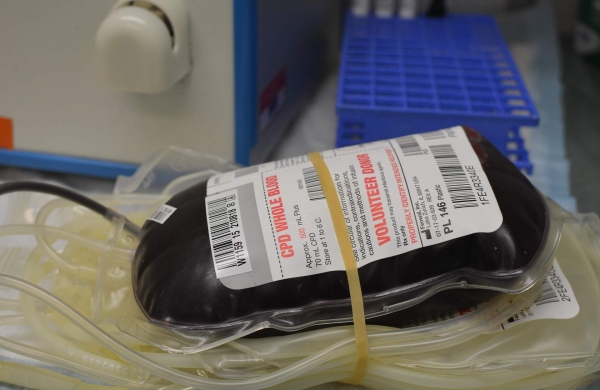 By PTI
NEW DELHI: Sixty-three districts in the country are without blood banks as per reports received till September, 2020, Rajya Sabha was informed on Tuesday.

Responding to a question on whether the government has taken any steps or will take steps to ensure that all districts in the country have at least one blood bank, Minister of State for Health Ashwini Choubey said public health, being a state subject, it is the primary responsibility of state governments to ensure the establishment of blood banks as per their need.

However, support is provided to states and UTs to strengthen their healthcare system including strengthening existing blood banks/establishing new blood banks based on proposals submitted by the states through the National Health Mission, Choubey said in a written reply.

The 63 districts include 14 from Arunachal Pradesh, 5 each from Assam and Bihar, 12 from Manipur, 7 from Meghalaya, and 9 from Nagaland.

The National Blood Transfusion Council, MOHFW has formulated the blood bank policy according to which there should be at least one blood bank per district, Choubey said.

Adequate infrastructure required for establishing a blood bank is laid down in the Drugs and Cosmetics Act, 1940 and Rules there under, compliance to which is mandatory to obtain a license to run a blood bank.

“Some of the measures to ensure 24X7 availability of blood in blood centres include promoting voluntary blood donation through state Blood Transfusion Councils set up in each state and union territory in coordination with non-governmental organizations, Indian Red Cross, Rotary Lions Club and other Civil Society Organization.

The blood banks are mandated to update the daily stock position ofblood and blood products according to blood groups in eRaktKosh portal.

They are permitted to transfer blood and blood components between licensed blood bank and blood storage centers to ensure timely supply of blood to patients.

To ensure equitable availability of blood units in the country, the states have been supported with the blood collection and transportation vans with dedicated human resources, Choubey said.