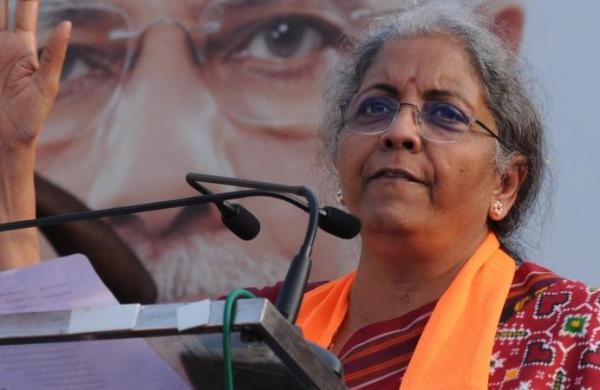 By PTI
NEW DELHI: Hitting out at Rahul Gandhi, Finance Minister Nirmala Sitharaman on Tuesday accused the Congress-led UPA regime of nationalising corruption and privatising taxpayers’ money for the benefit of “one family”.

She was responding to Gandhi, who in a tweet earlier in the day had alleged that the government was privatising profit and nationalising loss.

He also accused the government of “selling PSBs to Modicronies” and that it gravely compromises India’s financial security.

Responding to a question in this regard during a press conference, Sitharaman said Gandhi has “probably outsourced” his comments to a “hardcore communist”.

ALSO READ | Not all banks are going to be privatised, says Nirmala Sitharaman amid nationwide bank strike

“I would want him to engage in serious discussions, rather than throw these kinds of two liners every now and then,” she said.

“His daadi (Indira Gandhi) would have probably nationalised the banks, but nationalising of loss in the banks was during UPA time.

And I would want to add one more — nationalising corruption is what they did.

“So nationalising corruption and privatising taxpayers’ money for the betterment of one family is all that Rahul Gandhi will have to take as a reply for that tweet,” she said.

The senior BJP leader advised Gandhi that he should do some more intense homework before speaking.