Nick Jonas drops ‘This Is Heaven’, reveals his inspiration behind the song

Nick Jonas, This Is Heaven 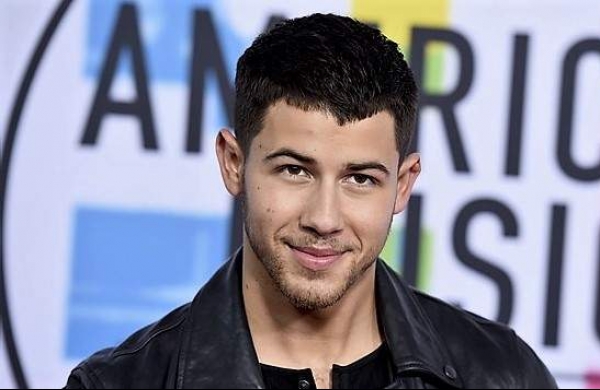 By ANI
WASHINGTON: Singer-songwriter Nick Jonas recently dropped the second single ‘This Is Heaven’ from his upcoming album ‘Spaceman’ which could work as the perfect stress-buster during the ongoing coronavirus pandemic.

On Thursday, Nick released the ’80s-inspired pop track as the second single from his upcoming solo album ‘Spaceman’. The singer had debuted the song on Saturday Night Live on February 27, along with the album’s eponymous single.

‘This Is Heaven’ follows the previously released title track ‘Spaceman,’ which he shared on February 25. The uplifting pop track marks a new phase for Nick, who has taken the opportunity to experiment with his pop sound, adding surprising elements like a sultry sax solo.

As per People magazine, the singer also opened up about his inspiration behind the heart-touching track. During a recent interview on SiriusXM Hits 1, Nick said that the song for him was influenced by his reunion with his wife Priyanka Chopra Jonas after the two had been living away from one another while she was shooting in Germany for ‘The Matrix 4’.

“This Is Heaven in general, basically touches on that feeling of being reunited with your personal, you know … for context Pri went to a shoot in Germany for a couple of months while I was in L.A. working on the album,” he said of his wife, who spent time last year overseas shooting ‘The Matrix 4’ with Keanu Reeves.

The singer said, “It was just meant to encapsulate kind of that euphoric feeling of being with your person. For me, it’s obviously a romantic thing, but I think for anybody that listens to this song… it’s really about that feeling of when we’re going to do that first normal thing again, or when we’re going to see that the friends and family we haven’t seen in almost a year or beyond. And, it just is supposed to give you that feeling of truly throwing your hands up in the air and saying, ‘Oh finally.'”

Nick said that he took musical influences from both the past and the present to create the sound he was looking for to express the spirit of ‘This Is Heaven’.

“A big influence for me on the sound of them was Peter Gabriel and Steve Winwood and weirdly things like Drake and The Weeknd as well. So it kind of got all these different 80s influences and inspirations, but this definitely has that Steve Winwood, Michael Bolton kind of feel with the sax solo and just, it’s a good time,” he said.

Nick also shared that any song that wasn’t about Priyanka just “wasn’t as good.”

“I think that it’s just that magical connection you’ve got with somebody when it’s right,” said Nick about his marriage with Priyanka.

He added, “And it’s been a while, you know, first couple years of a marriage, but I’m very blessed. But so far as it relates to the music and everything, you know, that this project and this whole kind of like the second chapter of this year, starting back in July, just digging into the creative, I think it was just a life source for me to just stay sane and, and kind of keep my head on straight amidst all the craziness.”

He said that he hopes listeners can relate to the feelings of joy and reunion he has experienced with his wife on his upcoming album.

“A lot of that was just trying to write songs that were true and authentic to our journey together,” said Nick.

The singer added, “And part of that being, having to be away from each other and then reuniting and just making our story and my story in particular hopefully as relatable as possible, because I think we’ve all been through similar things, you know, that feeling of distance from the people we love and care about and what it feels like when you get to, you know, be reunited with them and the hopefulness for the future.”

The upcoming album will consist of 11 new songs including ‘This Is Heaven’, ‘Sexual’, and ‘Death Do Us Part’.

The brothers’ most recent release as a group was last year’s holiday single ‘I Need You Christmas’. Nick’s new album will drop on March 12, this year.

Apart from the upcoming album, he also returned as a coach on NBC’s ‘The Voice’. Nick will also join Lily Collins, Rosario Dawson, Aubrey Plaza, Pedro Pascal, and more for the audio mystery thriller series ‘Calls’, which will premiere on Apple TV+ on March 19.