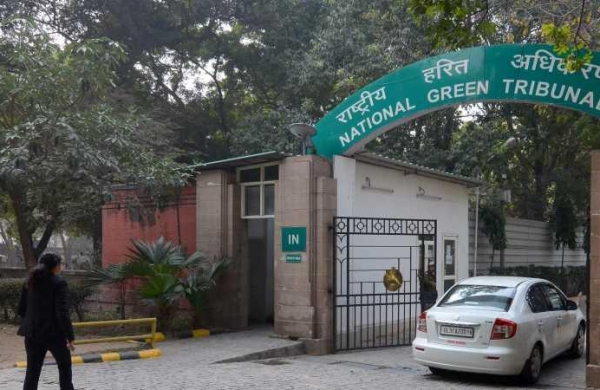 By PTI
NEW DELHI: The National Green Tribunal (NGT) has junked a plea seeking a review of its order banning operation of coal-fired brick kilns in the NCR beyond June during the monsoon months.

A bench headed by NGT Chairperson Justice Adarsh Kumar Goel said that under the garb of a review, a party cannot be permitted to re-open the case and to gain a full-fledged inning for making submissions.

It said the review of an order does lie merely on the grounds that it may be possible for the court to take a view contrary to what had been taken earlier.

Even the judgment given subsequent to the decision in a case can be no ground for entertaining the review.

Review lies only when there is error apparent on the face of the record and that fallibility is by the over-sight of the court.

If a counsel has argued a case to his satisfaction and he had not raised the particular point for any reason whatsoever, it cannot be a ground of review, the bench said.

The green panel said that if a case has been decided after full consideration of arguments made by a counsel, he cannot be permitted, even under the garb of doing justice or substantial justice, to engage the court again to decide the controversy already decided.

If a party is aggrieved of a judgment, it must approach the higher court but entertaining a review to re-consider the case would amount to exceeding its jurisdiction, conferred under the limited jurisdiction for the purpose of review, the bench said.

Accordingly, we do not think it proper to interfere in this matter.

The review application is devoid of any merit and not maintainable, the tribunal said.

The tribunal was hearing a plea by some brick kiln owners contending that they can be allowed to operate during July-September (Monsoon Months) and there is no ground to exclude this period.

They argued that if the air quality is within the norms and there is carrying capacity, the zig-zag type brick kilns can be permitted as there is the assimilative or supportive capacity to support these operations as suggested by the Central Pollution Control Board.

This exercise ought to have been directed for all the months, including the monsoon months (July-September), as it had been assumed and presumed that the brick kilns are not operational during this period, which is not entirely true as the brick kilns that have requisite infrastructure can operate in monsoon months (July-September), the plea said.

Earlier, the NGT in February had said that coal-fired brick kilns cannot be allowed to operate in the NCR even if zig-zag technology is used and improved procedures are followed during “severe” pollution.

Unless there is a change to a cleaner fuel (PNG), brick kilns beyond the number specified cannot be allowed in the NCR, the green panel had said.

“Those brick kilns which switch over to PNG will be entitled to operate even beyond months of March to June and even beyond limited number mentioned, subject to compliance with the law,” the bench had said.

The tribunal had said that a distance of at least 500 metres is required to be maintained in the location of brick kilns.

“When brick kilns start, they should not be allowed to start simultaneously but their firing should be staggered to avoid adverse impact on the environment.

Other safeguards of fugitive dust emission management need to be adopted,” the bench had said.

The NGT said since there is the variance of figures given during March to June, only such number can be allowed which can be sustained throughout the period i.e.

the minimum figure of a particular month out of the four months which comes to 444 in Haryana (in May) and 200 in UP (in June).

Such short-listing may be done applying suitable siting criteria taking into account inter se distance and distance from sensitive locations and compliance of consent conditions for which the CPCB and the state PCB may work out an appropriate mechanism.

Further, the location of brick kilns be scattered on pro-rata basis, in different directions of the concerned area, having regard to background and carrying capacity parameters.

The tribunal had earlier rejected a plea to allow brick kilns running on “zig-zag” technology in the NCR, saying their operation will have a disastrous effect on the air quality.

It had directed the CPCB to constitute a committee of five experts to suggest ways and means, if any, by which sustenance of brick kilns activities may be viable.

In zig-zag kilns, bricks are arranged to allow hot air to travel in a zigzag path which results in better mixing of air and fuel, allows complete combustion, reducing coal consumption by about 20 per cent.

Other brick kilns (FCBTK) have already been prohibited by the order of the Environment Pollution (Prevention and Control) Authority to enforce Graded Response Action Plan, stipulating shutting of Brick kilns in the NCR under severe conditions when particulate matter level is high in the air.