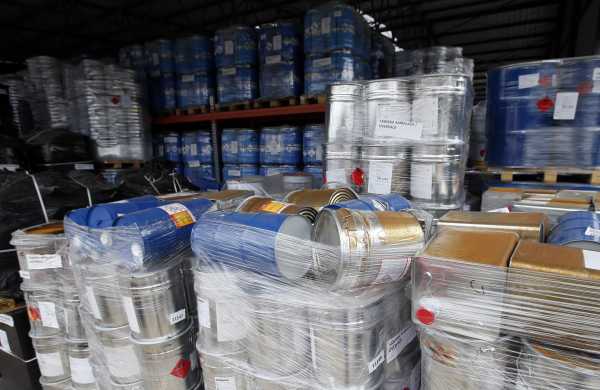 By PTI
NEW DELHI: The NGT has rapped the Environment Ministry over delay in a report by the committee which was set up to review imports of hazardous waste including tyres, lead and PCBs.

A bench headed by NGT Chairperson Justice Adarsh Kumar Goel said mere constituting a committee does not serve any purpose unless the matter is taken to a logical end.

The National Green Tribunal said that even though a committee is said to have been constituted by the Ministry of Environment and Forests (MoEF) more than a year ago, no reason is given why no report has been submitted.

The MoEF had constituted a committee on November 29, 2019, to review import and export policy of hazardous and other waste such as tyre, textile, lead, oil, paper, glass and printed circuit board and given recommendations to the ministry.

The Committee is yet to submit its report on import of paper waste, the tribunal noted.

“Thus, the MoEF needs to follow up so as to ensure that the requisite report becomes available at the earliest and as far as possible by April 30, 2021, so that based on such report and other material, the MoEF may take a further policy decision in the matter in the interest of the environment and public health,” the bench said.

The NGT had earlier directed the Central Pollution Control Board (CPCB) to ensure that no plastic bag less than 50 microns of thickness be manufactured, stocked, sold and used in the country.

The green panel also asked the CPCB to ensure that no unregistered plastic manufacturing and recycling unit is in operation and no unit is running in non-conforming or residential areas.

The tribunal was hearing a plea filed by Amit Jain, who alleged that cheap waste paper and road sweep waste is imported from the US, Europe, and other places for burning in brick kilns, causing land and air pollution.

“Large plastic waste yards can be seen near recycled paper mills. Import of cheap waste paper is hazardous and is affecting the environment. The import is to the extent of 9,00,000 tons of waste which generates hazardous plastic,” the plea said.