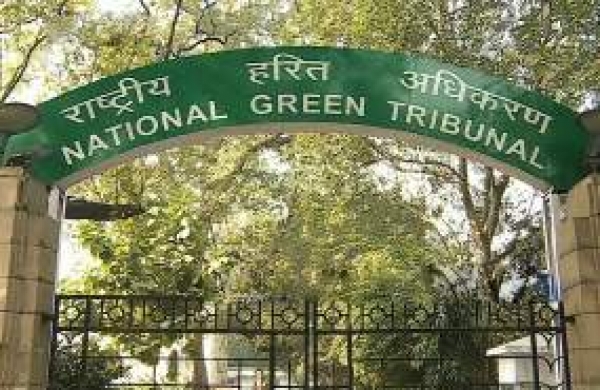 By PTI
NEW DELHI: The National Green Tribunal has directed Jindal Saw Ltd to deposit Rs 4 crore as compensation because illegal blasting by it had caused damage to a number of houses in Pur village in Rajasthan’s Bhilwara district.

A bench headed by the tribunal’s chairperson, Justice Adarsh Kumar Goel, issued an order for consideration of remedial action against illegal blasting and mining by Jindal Saw Ltd, which resulted in damage to a number of houses.

Cracks have developed on the walls of houses and there is leakage of water from underground tanks of some houses, it said.

“Applying a rough and ready estimate, we assess such compensation to be Rs 1 lakh for each of the 375 affected persons mentioned in the report of the state PCB (Pollution Control Board) dated August 19, 2019,” the bench said.

“If the victims have higher claims, they are at liberty to take their remedies. M/s Jindal Saw Ltd, Bhilwada, Rajasthan, is directed to deposit a sum of Rs 4 crores with the district magistrate, Bhilwada, within one month to enable compensation to be disbursed to the victims and for restoration of the environment,” it said.

The National Green Tribunal (NGT) said the company must take precautions in the future and blasting must be scientific so that it does not cause damage to properties of people.

These will be treated as conditions for mining and blasting, apart from the laid down safeguards, it said.

“In default of such deposit or non-observance of safety norms, the district magistrate, Bhilwada, will be at liberty to take coercive measures of stopping the mining activities, till compliance,” the bench said.

“The amount deposited may be paid at the rate of Rs 1 lakh to each affected person within three months after making an action plan by the district magistrate,” it said.

The green panel also asked the Rajasthan State Legal Service Authority to provide assistance to ensure that payments are made to the genuine victims.

Out of the Rs 4 crore, the amount which remains unpaid, can be spent for ecological restoration of the area on the basis of an action plan, which will be prepared by district magistrate within two months and may be overseen by the Rajasthan State Pollution Control Board and the Rajasthan environment department, the bench said.

“If any further amount is required, on polluter pays principle the project proponent will bear the same to extent its activities are held to be responsible even in absence of scientific evidence but based on reasonable inference, unless shown otherwise by the project proponent,” it said.

“The district magistrate will be free to take the assistance of such other expert/institution as may be considered necessary,” the NGT said.

The regulatory authorities need to review its mechanism and must ensure laying down and monitoring compliance of safety precautions, the tribunal added.

“Since the above order is being passed based on finding of damage to 375 houses in the report of the State PCB and quantum of compensation is being fixed on a most conservative assessment basis summarily, without applying the deterrence principle which may possibly be attracted on account of continuing violations for long, we have not considered it necessary to issue notice to the Project Proponent, the bench said.

However, the project proponent is at liberty to move this tribunal if it is aggrieved by the order, the NGT said.

The tribunal was hearing a plea filed by Rajasthan resident Balkrishan Vyas against illegal blasting and mining by Jindal Saw Ltd resulting in damage to number of houses.

The houses have developed cracks on the walls and leakage of water is taking place from the underground water tanks of some houses, the plea said.