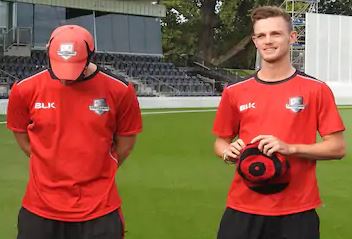 A fast bowler who has both speed and swing, a bowler before whom the batsmen have to struggle to survive, today both the career and life of that bowler is at stake. It is being talked about New Zealand cricketer Andrew Hazledine, who has got cancer at just 26 years of age. Andrew Hazledine plays first class cricket for Canterbury and in the month of September he came to know that he was suffering from cancer. Since then, this cricketer is under treatment and now both his career and life are in danger.

Hezaldine has Hodgkin lymphoma. In this type of cancer, the immune system has an effect on sales. As the cancer spreads, the body’s power to fight infection decreases. In this type of cancer, fever, night sweats and weight are reduced rapidly. It is also treated with chemotherapy or stem cell transplant. It is being told that Hazeldine’s cancer has caught up very quickly, due to which there is a lot of chance of their recovery.

Let us know that Andrew Hazledine is a left-arm fast bowler who has played 14 first class matches for Canterbury. The fast bowler, who made his debut for Canterbury in the year 2018, has taken 35 wickets in 14 matches. Also, he has also taken 21 wickets in 16 List A matches, in which his best performance is 5 wickets for 33 runs. Now because of cancer, this cricketer is in the hospital instead of the field.