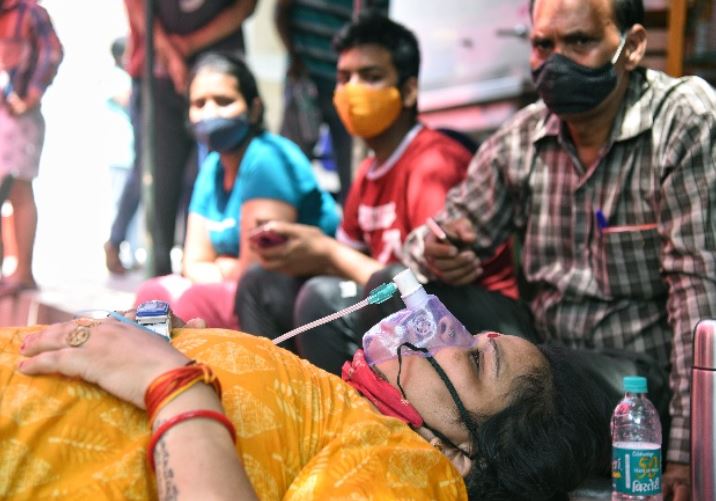 Centre for Cellular and Molecular Biology (CCMB) has discovered a new variant of the virus in Andhra Pradesh known as ‘N440K’. It is too early to say that it is the one that is wreaking havoc in Visakhapatnam and other parts of the state. Experts say the new prevalent variant, which is also being called as the ‘AP variant’, is at least 15 times more virulent than the earlier ones. And may be even stronger than the previous Indian variants – B1.617 and B1.618.

Divya Tej Sowpati, scientist at the Centre for Cellular and Molecular Biology, said in a phone conversation, “The defining mutation is N440K, a mutation that was known since last year and widely prevalent in Andhra Pradesh. When tested in cell culture studies, they appeared to spread quite quickly but that’s not how it always plays out in the real world,”. Divya works closely with the genome sequencing of coronavirus  and said that the variant was closely related to the B.1.36 lineage of coronavirus. He also said that this variant has been previously linked to the spike in cases in Southern India.

“N440K is slowly dying out and was fast being replaced by two other variants — B.1.1.7 and B.1.617 in almost all southern states including Kerala,” said Vinod Scaria, scientist at the CSIR-Institute of Genomics and Integrative Biology, New Delhi.  Previously, N440K has been associated with cases of reinfection in the national capital and had possibly helped the virus bind tighter to lung cells. B.1.1.7 is the ‘UK Variant’ and B.1.617 is the ‘Indian variant’ which are also known as the ‘double mutant’ variants.

District Collector of Vizag, V. Vinay Chand commented about the variant after being updated by the senior doctors in the health department. He said, “We are still to ascertain, which strain is in circulation right now, as samples have been sent to CCMB for analysis. But one thing is certain that the variant at present which is in circulation in Visakhapatnam is quite different from what we have seen during the first wave last year.”

District COVID Special Officer and Principal of Andhra Medical College P.V. Sudhakar confirmed the enhanced power of the virus as he said, “We have observed that the new variant has shorter incubation period and the progress of the disease is much rapid. In the earlier cases, a patient affected with the virus would take at least a week to reach the hypoxia or dyspnea stage. But in the present context, patients are reaching the serious condition stage within three or four days. And that is why there is heavy pressure on beds with oxygen or ICU beds.”

Experts also said that a shorter exposure to this variant is enough to acquire the virus unlike the first wave. It enables an infected person to infect four to five persons, within a shorter contact span.

“Most essentially, none is spared, as we have observed that it is affecting the younger population in a big way, including those who are fitness freaks and have high immunity levels. It is also observed that cytokine storm is occurring faster, and some are responding to treatment and some are not,” said Dr. Sudhakar.