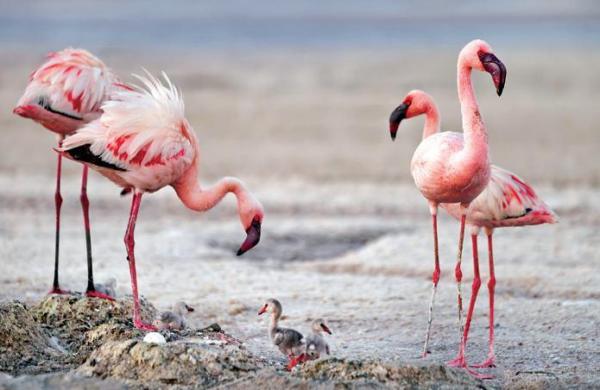 By Express News Service
This is the most important story of our times,’ says Sir David Attenborough at the beginning of the first episode of A Perfect Planet, Sony BBC Earth’s five-part earth science series discusses just that, and more! Presented by Sir David Attenborough, the show was filmed over four years, across 31 countries.

With its focus on earth science, the series covers everything from volcanoes, the sun, weather and oceans, with the final episode focusing on human impact on the environment.

Ahead of the show’s India premiere (March 8, 9:00 pm on BBC Earth) we speak to the series producer Huw Cordey, who tells us what to expect from the series.

Huw CordeyWhat were the challenges?

The biggest challenge for any landmark series is how to raise the bar on what has been done previously. We believed we had a very fresh idea, but we still needed to tell engaging animal stories. This required taking a lot of risks; for instance, trying to film the flamingo breeding spectacle on Lake Natron in Tanzania, which occurs only once in five years and filming the nesting iguanas at the bottom of Fernandina’s active volcano, in the Galapagos. More people have been in space than the bottom of this volcanic crater and the scale of the expedition to film the behaviour was one that’srarely been attempted in the Galapagos.

Did you film any new species?

The Vampire finches we filmed for the Volcano episode were only officially recognised as a new species in 2018. They live on a very isolated, uninhabited island in the Galapagos and nobody has filmed them for TV in over 30 years. Every episode in the series has animal behaviour that has never been filmed before, such as the Blacktip reef shark beaching themselves to catch bait fish in Lizard Island, flamboyant Cuttlefish mating and laying eggs, and huge Nile crocodiles launching themselves out of the water to predate flocks of drinking quelea and bee eaters.