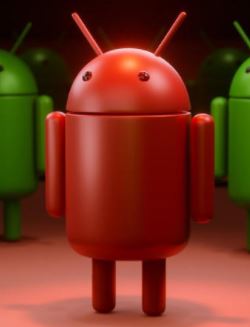 Security researchers have discovered a new Android banking trojan that can spy and steal data from 153 Android applications Named Ghimob, the trojan is believed to have been developed by the same group behind the Astaroth (Guildma) Windows malware, according to a report published on Monday by security firm Kaspersky.

Kaspersky says the new Android trojan has been offered for download packed inside malicious Android apps on sites and servers previously used by the Astaroth (Guildama) operation.Distribution was never carried out via the official Play Store. Instead, the Ghimob group used emails or malicious sites to redirect users to websites promoting Android apps.

These apps mimicked official apps and brands, with names such as Google Defender, Google Docs, WhatsApp Updater, or Flash Update. If users were careless enough to install the apps despite all the warnings shown on their devices, the malicious apps would request access to the Accessibility service as a final step in the infection process.

If this was granted, the apps would search the infected phone for a list of 153 apps for which it would show fake login pages in an attempt to steal the user’s credentials.