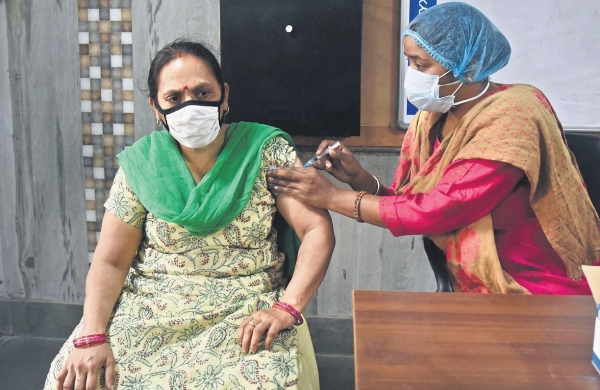 By Express News Service
NEW DELHI: Top authorities on Tuesday said that the revision in the Centre’s Covid-19 vaccination policy was a result of its own review of the strategy adopted earlier and feedback from the states, rather than disapproval from the Supreme Court, as is being widely said.

They also said 13 states mostly non-BJP ruled ones had approached the government, asking it to reconsider the decentralisation strategy of vaccine procurement, while also admitting on record that “public narrative” had a role to play in the changed inoculation strategy.

On Monday, PM Narendra announced the government will now procure 75 per cent of the vaccines available in the country and give them for free to states from June 21, to vaccinate all adults in the country, putting an end to its earlier strategy of decentralised procurement. The new policy comes less than a week after the Supreme Court’s strong reprimand of the Centre with a direction “to undertake a fresh review of its vaccination policy”.

On June 2, an order by the court had underscored that the Centre’s decentralised strategy, which put the entire onus of inoculating adults in the below-45 age group on the states and private hospitals, was “prima facie arbitrary and irrational”.

V K Paul, who heads the National Expert Group on Vaccine Administration of Covid-19, however, stressed in a press briefing that the Centre was monitoring the policy implementation.

“We respect the guidance and concern of the SC but please understand that the government has been evaluating the implementation of the policy ever since it came into effect and many teams were constantly watching the developments,” he said.