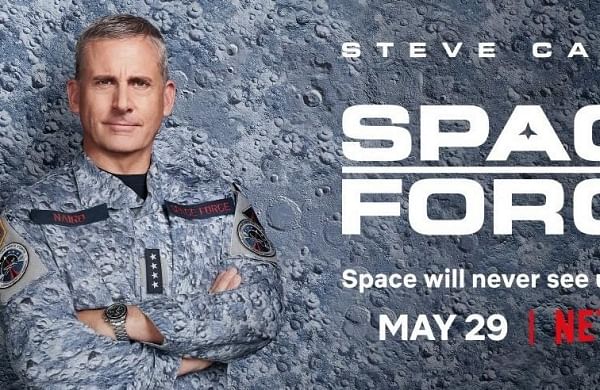 LOS ANGELES: Workplace comedy series “Space Force” will return to Netflix with its second season on February 18, the streamer has announced.

Steve Carell co-created the series alongside “The Office” creator Greg Daniels, with both serving as executive producers.

“Space Force” is inspired by former President Donald Trump’s proposal for the sixth branch of the military and follows decorated pilot and four-star general Mark R Naird (Carell), who has dreamed of running the Air Force, but instead finds himself tasked with leading the newly formed Space Force.

The upcoming season will see General Naird and his underdog team having to prove their worth to a new administration while dealing with interpersonal challenges, reported Deadline.

Norm Hiscock of “Brooklyn Nine-Nine” fame has joined Daniels as co-showrunner and production has moved from Los Angeles to Vancouver.

“Space Force” was renewed for a second season in November 2020.