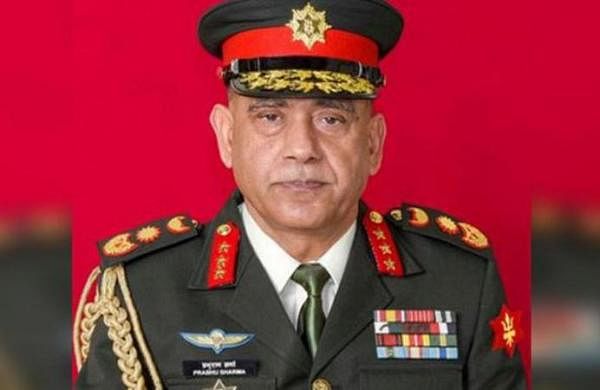 NEW DELHI: Nepal Army Chief General Prabhu Ram Sharma reached India on Tuesday on a three-day official trip and is slated to meet top leaders both in the government and the Armed Forces. The visit is seen as important keeping in mind the Chinese focus on increasing its influence in Nepal.

General Sharma will be conferred the Honorary rank of Indian Army General by President Ram Nath Kovind on November 11, the sourced added.

Indian Army Chief General MM Naravane was conferred the rank of Honorary General of the Nepal Army in November 2020 by the Nepal’s President Bidya Devi Bhandari. General Naravane, apart from meeting the top hierarchy of the Nepalese Army, had also met Prime Minister KP Oli during his three-day visit.

India has been wary of the rising Chinese influence in Nepal. Army Chief General MM Naravane in 2020 had said “there is reason to believe” that Nepal’s objection on the Lipulekh was “at the behest of someone else”, hinting at China’s possible role. General Naravane had said this in response to a question on the objection raised by Nepal on the 80-km road from Ghatiabgarh in Uttarakhand to Lipulekh Pass, near the India-Nepal-China trijunction and just 5 km short of the Line of Actual Control (LAC).

General Prabhu Ram Sharma was commissioned as Lieutenant in Nepal Army in 1984. He will be visiting the National Defence College (NDC) of which he is an alumnus. He has also done the technical Officer Course in India.

The unique tradition of conferring the rank of Honorary Generals to the Chiefs of the Army’s of Nepal and India started in 1950 with General KM Cariappa being the first Indian Army chief to be decorated with the title in 1950. It reflects a deeper understanding and trust between the two nations.