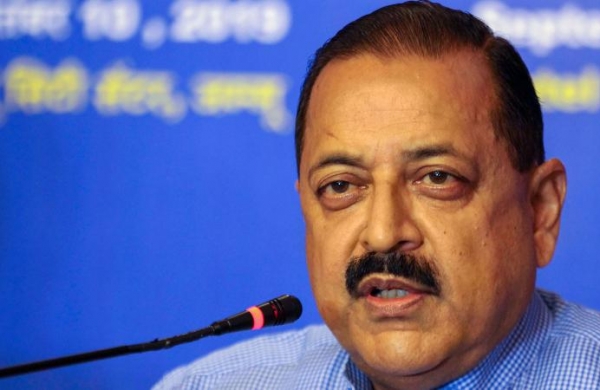 By PTI
JAMMU: Asserting that the “negative powers” attempting to create misconceptions over the new agri laws would fail, Union minister Jitendra Singh on Saturday said the Centre is working with an open heart to address the ongoing farmers’ agitation.

He, however, insisted that the new laws are “pro-farmer” and can never result in losses to them.

“The government is working with an open heart to address this issue (farmers agitation). All the laws which have been enacted are pro-farmer and even the earlier governments were discussing implementing such types of laws in the country,” the minister of state in the Prime Minister’s Office told reporters at the BJP headquarters here.

He said several Opposition leaders had spoken in Parliament in support of such types of laws earlier.

“Now they are raising concerns on such things which are not part of these laws. Nobody can say that these laws can result in losses to the farmers,” Singh said.

Responding to a question about many international personalities like pop star Rihanna speaking about the farmers’ agitation, he said, “Nobody can say these laws can result in losses to the farmers.”

“Government is prepared to address the misgiving and misconceptions and this is the directive from the Prime Minister. I have full faith that the misunderstanding of the farmers will be addressed and the attempts to create misconceptions by negative powers will fail,” he said.

Asked whether IAS officer Shah Faesal has a genuine change of heart or some type of backdoor talks are going on with him since he had started showering praises on Prime Minister Narendra Modi in the recent times despite being vocal in his criticism of abrogation of Article 370 and bifurcation of the erstwhile state into two Union Territories in August 2019, Singh said, “There is no issue discussing such a thing. The important thing is that there is heart transformation.”

Singh congratulated the people of Jammu and Kashmir for getting back 4G mobile internet service after 18 months and said “media and students suffered because of lack of this facility”.

Praising the Union budget for focusing on key sectors like health which was given a grant of over Rs two lakh crore by 137 per cent enhancement and infrastructure development like highways and railways, he said at a time when Modi’s New India will illuminate at the global level, Jammu and Kashmir has also been in the focus to ensure that it will shine alongside other parts of the country as well.

“The new industrial policy worth over Rs 28,000 crore for Jammu and Kashmir has already been announced. There will be equitable development of both the regions,” he said, adding some projects gained momentum in Jammu like AIIMS whose director has also been finalised and announcement is being made shortly.

The biotech park is ready in Kathua and so the first phase of the Ring road project.

“There was some issue which delayed work in Kashmir but there was no discrimination,” he said.

Singh said the northeast has emerged as an example of development model and similar focus is on Jammu & Kashmir which will have express road highway, Rs 3500 crore Delhi-Katra corridor, and a rail link connecting Jammu and Kashmir within next two years besides metro train in Srinagar and Jammu.