NEET will give 15 lakh students for admission in medical colleges 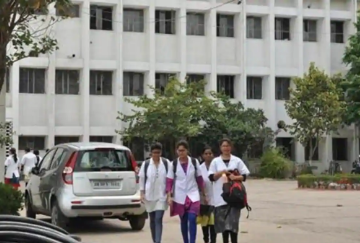 There will be a National Eligibility-cum-Entrance Test (NEET) for admission in medical colleges across the country today. About 15 lakh students will sit in the exam. But, before the exam on Saturday, Tamil Nadu has reported three suicide cases. After this NEET protest has started.

To maintain social distancing during the examination, the number of exam centers has been increased from 2,546 to 3,843. Now only 12 candidates will take the exam in every room, earlier this number was 24. This examination has already been postponed twice due to Corona. Earlier this exam was to be held on 3 May, then it was postponed to 26 July and now this exam is being held today i.e. on 13 September.

Jyotishree Durga, daughter of a Sub Inspector in Madurai, committed suicide. Police said that the family had high expectations about her medical entrance, but the girl was scared about the exam. Aditya, who committed suicide in Dharmapuri, had given a knight last year, but could not clear it. Since then, he was preparing to take the exam this year.

Neet protests once again started following suicide incidents in Tamil Nadu. It was also opposed on social media. The first case of suicide in Tamil Nadu was reported in 2017 when Neet failed. Then in Anayalur, a girl named Anita committed suicide after not being able to clear NEET.