NDA gets majority with 125 seats in Bihar, Mahagathbandhan gets 110 seats 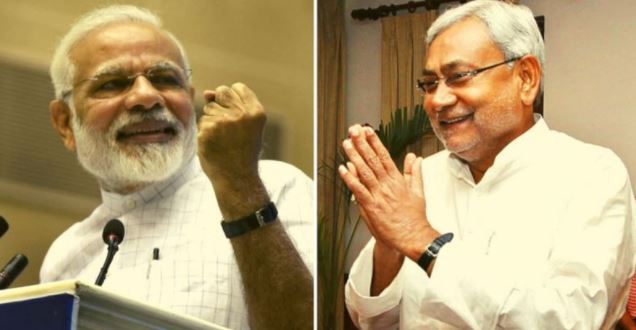 In the results of all 243 seats of Bihar Assembly late on Tuesday, the ruling NDA in the state has achieved the magic figure of majority with 125 seats. The RJD-led opposition grand alliance is reduced to 110 seats. In this election, AIMIM has won five seats, LJP and BSP one each. Independent candidate has also won one seat. At the same time, exit polls again failed to capture the mood of the people of Bihar.

At the same time, the RJD, which is involved in the opposition grand alliance, won 74 seats, Congress won 19 seats, CPI Male 12 seats, CPI and CPI-M won two seats each. In this election, AIMIM has won five seats, LJP and BSP one each. Independent candidate has been successful in winning one seat. At the same time, JDU has won again in the by-election for Valmiki Nagar Lok Sabha constituency.

The RJD’s ally Left benefited while the Congress was at a loss. In the thrilling contest in the first assembly election of the Coronasal, AIMIM gave up the dream of victory of the opposition Grand Alliance. At the same time, NDA’s old ally LJP forced himself to become a ‘younger brother’ of the BJP by ‘martyr’, pushing JDU to number three. Skepticism on the outcome continued till late night. The key to power was sometimes seen in the hands of the NDA and sometimes by the Grand Alliance. Meanwhile, late evening, RJD accused of rigging. At the same time, the Election Commission held a press conference late at one o’clock and rejected all the allegations.