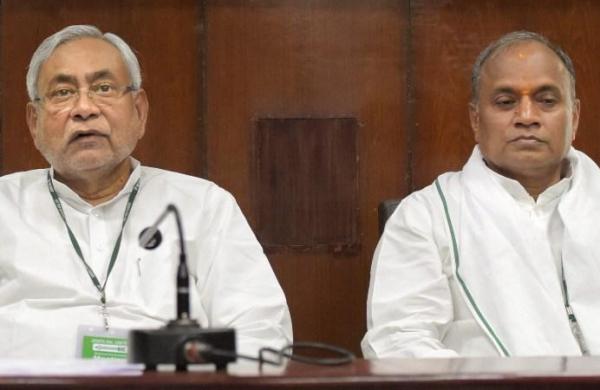 Express News Service
PATNA: Amid the ongoing farmers’ agitation against the new farm laws, JD (U) has come out in support of the new laws on Wednesday. JD(U) national president RCP Singh through a media statement said that the farm bill is not the “anti-farmer” in any manner.

Singh said that the three farm laws are not the ‘anti-farmer’ and the “mandis” in Bihar and Uttar Pradesh used to be a den of corruption. “When our government came to Bihar, we abolished the APMC Act and see its result today. The grain production in Bihar was 81 lakh tonnes in 2005 that has now gone to 181 lakh tonnes”, Singh said.

Quoting figures, RCP Singh said that Bihar has done well in the agriculture sector after abolishing the APMC Act. “In terms of productivity, maize production has increased by 135%, paddy by 119% and wheat by 118%. The opposition should not confuse people on such issues”, he said.

Talking about the Essential Commodities Act, he said that it came in 1954-55. “That was the era of scarcity. At that time, we were able to feed people when grains came from outside the country. Today we are in surplus in the production of food grains, fruits and vegetables”, he said.

RCP Singh said that if somebody feels the three laws require improvement, then they should sit down and talk with the government. “We need to understand this. According to the order of the Supreme Court, the government is calling for talks, but you are calling the government dogmatic. Who is stopping you from talking? Let’s talk. How should the income of farmers increase, how should our farming be profitable, how should people not leave agriculture, should be discussed”, he said.