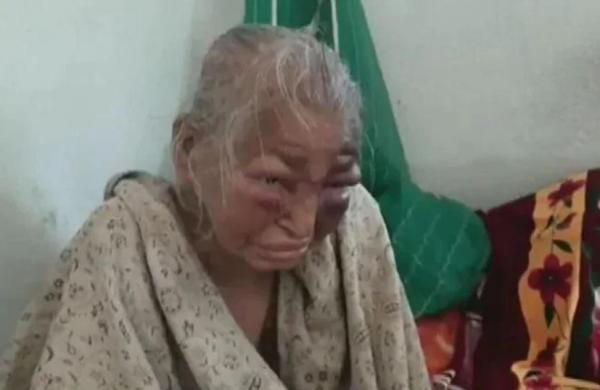 By PTI
NEW DELHI: The National Commission for Women has taken suo moto cognisance of the alleged thrashing of an elderly woman by TMC supporters in West Bengal.

Shova Majumdar, mother of BJP leader Gopal Majumdar, was allegedly attacked on Saturday by workers of the ruling party, which has dismissed the allegation as “false”.

Police, however, claimed that the mother of the BJP supporter was not attacked and that her face was swollen owing to some ailment.

“The NCW has come across a Twitter post regarding an old lady who has allegedly been assaulted by supporters of a political party as her son supported different political party,” according to a statement on Monday.

The commission has taken cognisance and Chairperson Rekha Sharma has written to the director general of police for taking action in the matter to avoid recurrence of “such incidents in the future”, it said.

The apex women rights body has also written to the chief election commissioner and has sought a detailed action, the statement added.

A police officer of Barrackpore Commissionerate had said that BJP activist Gopal Majumdar was attacked by some miscreants on Saturday in North Dumdum in the Nimta police station area.

Majumdar’s mother claimed that she and her son were beaten up by TMC “goons” and that they threatened her son not to disclose the incident to anyone.

The matter is being investigated and those behind the incident are yet to be identified as they were wearing masks.

The incident is being probed from all angles, including political rivalry and family dispute, the officer had said.