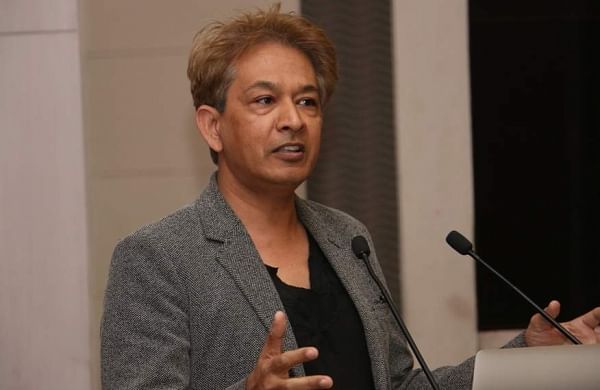 NEW DELHI: The National Commission for Women has asked the Uttar Pradesh police to probe the veracity of a purported video which shows popular hair stylist Jawed Habib spitting on a woman’s head while styling her hair.

The incident took place at a workshop being conducted by Habib in Muzaffarnagar in Uttar Pradesh.

“The commission has taken this incident very seriously and not only condemns this in strongest possible words, but also seeks your urgent intervention in the matter to investigate the veracity of this viral video for immediate action as per law/procedure.

This incident also attracts violation of guidelines issued by the Union home ministry under the Disaster Management Act, 2005, whereby spitting in public is a punishable offence in the wake of the Covid pandemic,” the NCW said in a letter to the state police.

“You are, therefore, required to immediately investigate the matter for appropriate action. The action taken/status report must be apprised to the commission at the earliest,” it said.

Officials said the National Commission for Women (NCW) will also sent a notice to the hairstylist for a hearing.

A noted hairstylist, Habib operates more than 850 salons and around 65 hair academies across 115 cities across India.

In the video, Habib is seen spitting on the woman’s hair while she sits with her back to him and is heard saying “if there is scarcity of water, then use saliva”.

The audience can be heard laughing and applauding in the background in the video which has now gone viral with Habib being criticised by netizens for his action.

The stylist, however, later apologised for the act.

“Some words spoken by me have hurt people. I want so say one thing that these are professional workshops and are long shows and when they are long, we have to make them humorous. What can I say? If you are truly hurt, I apologise from my heart. Please forgive me. Sorry,” he said in a video message.

Many people on social media hit out at Habib over the incident.

“When hair stylist Jawed Habib spat on a woman’s hair, the audience cheered Habib’s action. Not a single person objected to the shameful act by Habib. The woman has been identified as Pooja Gupta and she didn’t expect such a humiliating experience,” Anshul Saxena said on Twitter.

Another video of the woman recounting the experience has also been posted on social media.

“Yesterday, I attended a workshop of Jawed Habib. He invited me on the stage to give me a haircut. He said if there is no water, you can use saliva. From now onwards, I will go to my streetside barber for a haircut, but will not go to Habib,” said Gupta, who owns a beauty parlour.

Later speaking to news channels, Gupta said she attended the workshop to learn from Habib and was delighted when she was called on stage by him.

“He was not answering my questions. Then he pushed my head, I objected and said I have cervical issues. Then he spat twice on my hair and said that if you do not have water in your parlour, then you can spit My husband was making the video. After I came down from the stage, Habib’s assistant told me he was joking, she added.