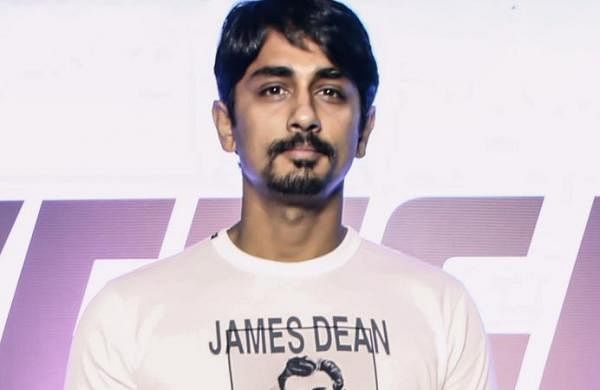 NEW DELHI: The NCW has asked the Tamil Nadu police chief to intervene and take appropriate action against actor Siddharth for using derogatory remarks against a woman anchor on Twitter, a day after it flagged another tweet of the actor against badminton player Saina Nehwal.

In a statement, the National Commission for Women (NCW) said it has come across the post of the actor-producer-musician which is “offensive, unethical and shows disrespect towards the dignity of women”.

The commission has taken suo motu cognisance of the matter.

“Chairperson Rekha Sharma has written to Director General of Police, Tamil Nadu seeking intervention and appropriate action against the offender as per provisions of law to refrain him from making such kind of statements in future. The Commission has to be apprised about action taken in the matter at the earliest,” the NCW said.

The statement comes a day after the NCW asked Twitter to suspend Siddharth’s account and Maharashtra Police to register to a case against him for using “lewd and inappropriate” words against Nehwal.

The NCW claimed the comment was misogynist, outrages the modesty of a woman and amounts to disrespect and insults the dignity of women.