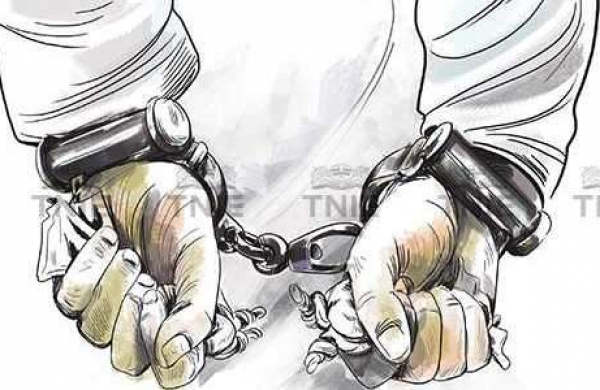 By PTI
NEW DELHI: Two Sri Lankan nationals have been arrested and about 100 kg of heroin worth an estimated Rs 1,000 crore seized as part of a probe involving a trans-border drugs-trafficking racket, the NCB said on Friday.

MMM Nawas and Mohamed Afnas were nabbed from Chennai in Tamil Nadu, where they were living by concealing their real identities, and the drugs syndicate that they masterminded has its tentacles spread across Pakistan, Afghanistan, Iran, Sri Lanka, the Maldives and Australia, the Narcotics Control Bureau (NCB) said in a statement.

The arrests and the subsequent seizure of about 100 kg of heroin in Sri Lanka, valued at about Rs 1,000 crore in the international market, came about after the NCB and its counterparts in the neighbouring country joined hands to probe a November, 2020 heroin seizure from a Sri Lankan fishing vessel, “Shenaya Duwa”, in the territorial waters of India.

The NCB and the Indian Coast Guard intercepted the vessel near the Tuticorin Port and a search of it led to the recovery of 95.87 kg of heroin, 18.32 kg of methamphetamine, five pistols and magazines.

Six Sri Lankan crew members of the vessel were arrested and they are in judicial custody at present. “Fully aware of the larger international linkages, especially with those of Afghanistan, Iran and Pakistan, we started probing every available thread in the case and soon it was found that two of the main conspirators in the case have been living in Chennai,” NCB Deputy Director (Operations) KPS Malhotra said on the recent arrests.

He said that both Nawas and Afnas held “important positions” in the multi-national heroin syndicate. “They were controlling the mid-sea pick up and delivery of narcotic drugs from Pakistani and Iranian vessels. Both fled Sri Lanka when the authorities of that country closed in on them. It is also believed that there is an Interpol global arrest warrant against Nawas,” Malhotra said.

Officials said heroin produced in Afghanistan, Pakistan and Iran is loaded in fishing vessels setting sail from the ports of Iran and Pakistan for a mid-sea transfer into similar vessels from Sri Lanka and the Maldives.

Officials said that these transfers happen in or very near the territorial waters of India. “There is a big network of foreign entities controlling this lucrative trade. Intelligence developed by the NCB and Indian agencies over a period of time indicates that Pakistani drug traffickers lodged in Sri Lankan prisons for drug offences control this trade and they source and deliver large quantities of heroin from golden crescent countries (Afghanistan, Pakistan and Iran) to Sri Lankan and Maldivian entities,” a senior NCB officer said.

He claimed that with an “increased vigil” by security forces along the country’s north-western land borders, the traditional route of Afghan-Pakistan heroin is becoming tougher to breach. “This has led to an increased use of the sea route by heroin traffickers to smuggle the drug into India,” the officer said.