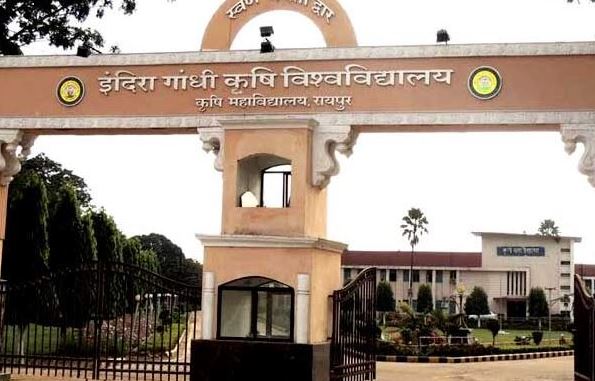 National Youth Day was celebrated today on 12 January by the National Service Planning Unit of the Agricultural College and Research Center, Narayanpur under the Idira Gandhi Agricultural University Raipur (Chhattisgarh). Earlier, all the volunteers listened to the Hon’ble Prime Minister’s address to the Parliament through the Googliam to mark the closing ceremony of National Youth Day. After that, virtual competitions were organized for volunteers in the college on Youth Day. In which drawing, slogan, poetry, writing, were organized. In which 30 volunteers participated. While conducting the program on National Youth Day, he highlighted the views of Swami Vivekananda. After this Preeti Sahu, Harekrishna, Angad Raj Bagga put their thoughts through poems composed by Kavita. Educator Engineer Phanesh Kumar threw light on the life of Swami Vivekananda and said that his great personality was one of India’s most famous great spiritual, great thinker, great speaker and patriot. The Principal Dr. Ratna Nasheen while narrating about the work of Swami Vivekananda said that his Guru Ramakrishna Paramahamsa was always helping the poor and needy and was dedicated to the well being of society. He gave the message of Vasudhaiva Kutumbakam to the whole world. His being a young monk and having a high education was a source of inspiration for the people. The ideas he uttered became targets for the youth to become aware and self-reliant. In India, his birthday is celebrated as National Youth Day. The results of the competition were declared at the end of the program. In poetry, Gulab Prasad Yadav, Ruchika Sonwani took the first place, and Kriti Sahu, got the second and third place. In Slogan, Chetna Suryavanshi, Preeti Sahu, Vikram Sahu, got the first second and third place respectively. In painting, Mona Rana, Aarti Patel, Kundan Sahu got the first and third place respectively. At the end of the program, Kriti Sahu thanked.