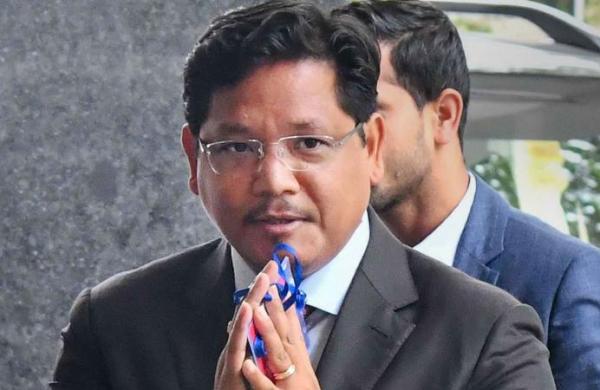 Express News Service
GUWAHATI: The BJP is getting a taste of its own medicine as the National People’s Party (NPP) cold-shouldered its saffron ally in staking claim for power in a tribal council in Meghalaya.

The Congress had emerged as the single largest party in the Garo Hills Autonomous District Council (GHADC) by winning 12 of the 29 seats. With 11 seats, the National People’s Party (NPP), which heads the state’s ruling coalition where the BJP is one of the constituents, came a close second. The BJP had bagged two seats while the regional Garo National Council (GNC) won one. Three seats went to Independent candidates.

A party or a coalition requires the support of a minimum 15 Members of District Council (MDCs) to rise to power in the GHADC. With exactly 15 MDCs, the NPP has a razor-thin majority. The BJP was dreaming big but the NPP went to the three Independents and the lone elected member from the GNC for support.

Chief Minister Conrad K Sangma, who is also the NPP’s national president, told a local newspaper “every election is fought on its own terms and conditions”.

One of the reasons why the BJP had to suffer the snub was that it had purportedly set its sights on the post of the council’s Chief Executive Member despite winning just two seats. The NPP sought to avoid complexities.

Treating allies differently in different elections has been a strategy for the BJP. The latest example of it is the December elections to the Bodoland Territorial Council in Assam. The BJP had ditched the Bodoland People’s Front while forming the new executive council despite the two being constituents of the state’s three-party coalition government.

The NPP’s action in Meghalaya has left the BJP livid.

“They are sidelining the BJP because they are scared that it will bring before the public the cases of corruption and manipulation that they had indulged in. They want to conceal the anomalies committed in the GHADC,” BJP state vice president and newly-elected MDC, Bernard Marak told The New Indian Express on Sunday.

A coalition of parties, led by the NPP, is in power in the outgoing GHADC executive council.

“They want to bury the problems instead of correcting them. That is precisely the reason why they don’t want the BJP in the executive council. This is, however, not a big issue for us,” Marak asserted.

He added the BJP would not compromise on the corruption issue in the GHADC. The party has kept flagging it for a long time. The alleged irregularities committed in this autonomous council were said to be to the tune of over Rs 100 crore.