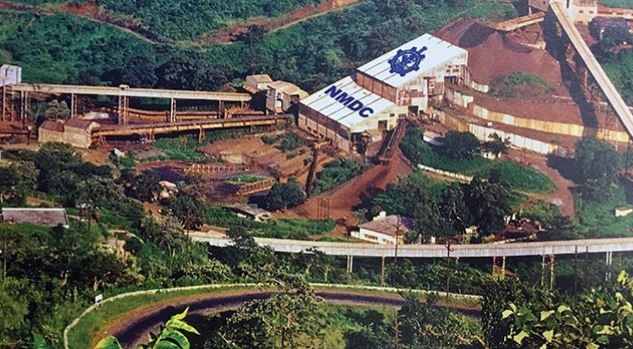 The National Mineral Development Corporation (NMDC) is surrounded by a decision of its own. This decision is related to iron and mining from the Donimalai mine in Karnataka. In fact, the Karnataka government had banned mining after the Karnataka government demanded 80% premium along with royalty in return for extending the mining lease of Donimalai mine. The matter reached the legal threshold. Despite the High Court ruling in favor of NMDC, NMDC agreed to pay a premium of 22.5% in addition to 15% royalty to the Government of Karnataka, following all the rules. After this agreement, the Government of Karnataka issued permission for re-mining from Donimlai mine. It is being said that due to political pressure, the new CMD of NMDC Sumit Dev had to take this decision, but this decision has put him in trouble. After the news of giving premium to Karnataka, the Chhattisgarh government has also written a letter to the central government asking the state to pay the premium amount in addition to royalty on the lines of Karnataka.

NMDC is mining iron ore from the mines at Bailadila in Chhattisgarh. About 25 million tonnes of iron ore is mined annually from these mines, while only 7 million tonnes of iron ore is mined annually from Karnataka’s Donimalai mine. In such a situation, it is inevitable that when Chhattisgarh meets the major requirement of iron ore of NMDC, then under which policy 22.5 percent premium is being given to Karnataka in addition to 15 percent royalty. While only 15 percent royalty is being given to Chhattisgarh. For NMDC, Chhattisgarh is the most important state in the country. The mines here have high quality iron ore mining, despite this NMDC is being cheated by Chhattisgarh. The government is also considering it well. Subordinate officials of Chief Minister Bhupesh Baghel say that when the proposal to extend the mining lease of NMDC came to the government in the past, then it was suggested that the mining lease should not be extended in Chhattisgarh like Karnataka unless NMDC should not give permission to give additional premium in addition to royalty, but the Chief Minister did not agree to this suggestion. He instructed the officials that NMDC is a public sector company. Chhattisgarh fulfills the great need of iron and iron all over the country, in such a situation it will not be appropriate.