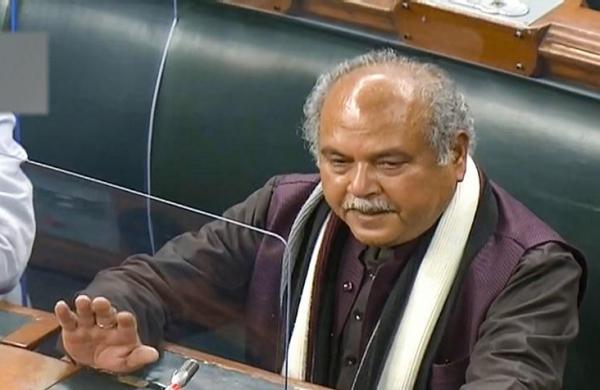 By ANI
NEW DELHI: Union Agriculture and Farmers’ Welfare Minister Narendra Singh Tomar on Wednesday slammed Congress for misleading the people by lying about the new farm laws pointing that the party is losing its support base.

The Union Minister tweeted on Wednesday, “The farmer-friendly Central Government has enacted the Agricultural Reforms Act, in the larger interest of the farmers, but the Congress, which is losing its support base, is trying to mislead the people of the country by lying one lie after another.”

The Minister had earlier said that the opposition has failed to point flaws in new farm laws and the opposition did not discuss provisions of these legislations during the motion of thanks to the President’s Address in Rajya Sabha.

“For two months I kept asking the farmers’ union what is ‘black’ in these laws? Tell me if it should be fixed. Opposition leaders called criticising the agrarian reform. But no one tried to explain how are they harming the farmers,” Tomar had said.

Several rounds of discussion have been held between the government and the protesting farmer unions. The government has said that it is willing to put the farm laws on hold for about 18 months.