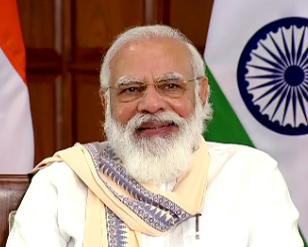 controversial reforms Prime Minister Narendra Modi has sprung on the market, the recent laws to liberalize farm sales could turn out to be the most far-reaching.

In a fractious and unruly session last month, parliament passed three laws that some say could pave the way for India to upend the global food trade, while others fear it will wreck the livelihoods of millions of farmers. Within days, rural groups and opposition leaders launched public protests.

The move toward a free market for farm sales goes to the heart of a system that directly affects more than half of the nation’s 1.37 billion people, altering government controls that millions of families have come to rely on, but that have hobbled the nation’s efforts to productively farm one of the largest areas of fertile land on earth. If they succeed, India could not only feed itself, but become a major food exporter.

“We need private sector investment in technology and infrastructure for Indian agriculture to realize its full potential and compete better in the global marketplace,” said Siraj Chaudhry, managing director and chief executive officer of agriculture services company National Collateral Management Services Ltd. But the government must make its intent very clear to win over skeptics. “This is a major policy change that impacts a large and vulnerable section of the population.”