Narendra Modi government treating farmers the way it should be treating China on borders: Asaduddin Owaisi 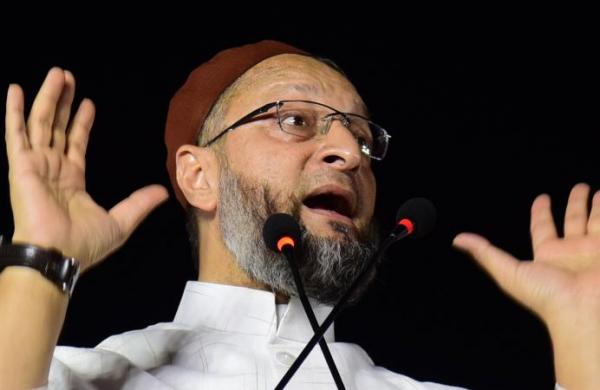 By PTI
NEW DELHI: Asking the government to withdraw the three farm laws, AIMIM leader Asaduddin Owaisi on Tuesday accused the Centre of treating farmers the way it should be treating China on the borders of the country.

Participating in a discussion in Lok Sabha on the Motion of Thanks to the President for his address, Owaisi said the “infrastructure” that should have been created at the borders to check Chinese troops was erected at Tikri, Singhu and Ghazipur borders to prevent farmers from entering Delhi.

He wanted to know why Prime Minister Narendra Modi was “shying” away from taking the name of China which is responsible for the killing of Indian soldiers and constructing a village in Arunachal Pradesh.

Owaisi hoped that during his reply to the debate, PM Modi will blame China for its actions against India.

He said the government should rescind the three controversial farm laws and contended that Parliament was not competent to legislate on agriculture which is a state subject.

He also wondered as to how the government decided to suspend the three farm laws for one-and-half years once they have been passed by Parliament.

Owaisi also came down heavily on the government for not filing an appeal against the court judgement in the Babri demolition case acquitting all the accused.

It is a signal to the cadre to repeat similar kinds of activities at Mathura and Kashi, he alleged Referring to the ‘andolanjivi’ remark of Modi, Owaisi said that he was an ‘andolanjivi’ as it was the right of people to protest against the policies of the government.

India is a democracy and not a monarchy, he added.

Hanuman Beniwal (RLP) said that he had left the NDA because of the farm laws and will not hesitate to quit Lok Sabha in support of the demands of the farmers who are protesting at the borders of Delhi.

He claimed that even BJP members privately admit that they will have to face problems in the next general elections on account of the farm laws.

Meenakshi Lekhi (BJP) said that there was an international conspiracy to destabilise and defame India over the farmers’ protest issue.

She said that protests were organised at the time of the visit of the then US President Donald Trump and now on January 26 to catch the attention of global media.