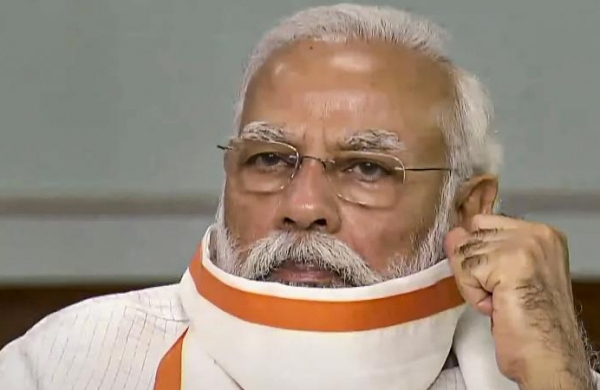 Speaking at the diamond jubilee celebrations of the Gujarat high court on Saturday, which was attended by Modi also, Justice Shah said: “I am glad and feel proud and privileged to participate in this important function of release of the commemorative stamp of Gujarat high court and that too by our most popular, loved, vibrant and visionary leader, honourable Prime Minister Narendabhai Modi. I consider it a very special privilege to be part of this function.”

This is not the first time Justice Shah has praised the PM. In 2019, Justice Shah, while being sworn as the chief justice of the Patna high court, had termed Modi as a model and a hero.

Justice Shah was not the only one to lavish praise on Modi at the function. Gujarat high court chief justice Vikram Nath also said the PM was highly popular because of his commitment to the country.

“His uprightness in taking up the responsibilities has played an important role in the rise of his popularity. While taking up the duty towards nation, he has also fulfilled the pledge towards a secure world,” Justice Nath said.

Last year, another Supreme Court judge, Justice Arun Mishra, now retired, had raised eyebrows after he described Modi as an “internationally acclaimed visionary and a versatile genius who thinks globally and acts locally.”

Legal experts expressed reservation over sitting judges openly praising members of the political executive, saying the conduct of judges must be in consonance with institutional ethics.

They said as the judiciary was the final arbiter of legality and constitutionality of the executive’s actions, such statements do not bring credit to the institution.

“When CJI M N Venktachaliah was sworn in, Prime Minister P V Narasimha Rao in his welcome speech hoped for a cordial relationship between the judiciary and the government. Prompt came the response that the relationship has to be correct and not cordial,” senior Supreme Court advocate Sanjay Hegde said.

‘Judiciary and executive are independent’

“IT reminds me of an effusive letter written by the late Justice P N Bhagwati to Ms Indira Gandhi on her return to power. In those days, he was criticised for the letter. The wall of separation between the government and the judiciary must be maintained at all times.”

Echoing the same sentiments, Supreme Court lawyer Shwetank Sailakwal said the “judiciary and the executive are independent and function within a framework as provided under the constitution. Beyond that any relationship, be it cozy or otherwise, should not be all owe dina healthy democracy.”

“The conduct of each individual judge must be in consonance with institutional ethics. A judge should not engage in any conduct which could blur the impression of the judiciary as an institution of checks and balances,” said another senior lawyer.