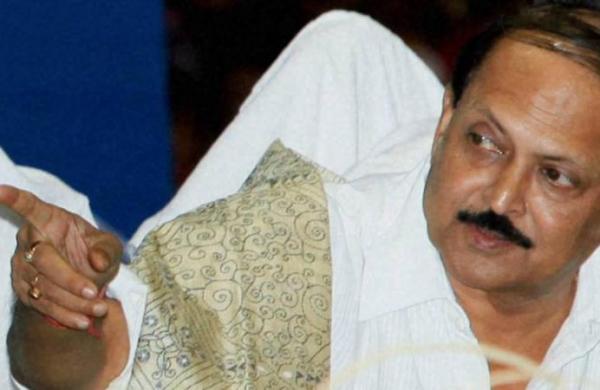 By PTI
KOLKATA: Trinamool Congress heavyweight and senior West Bengal minister Subrata Mukherjee was on Tuesday discharged from a hospital here and returned home where he would be kept under house arrest in the Narada sting tape case till further orders of the Calcutta High Court.

Mukherjee went to Presidency Correctional Home, where he was lodged before being admitted to the SSKM Hospital, to complete formalities, officials said.

He then reached his Ballygunge residence in a Kolkata Police vehicle.

He, minister Firhad Hakim, TMC MLA Madan Mitra and former party leader Sovan Chatterjee were arrested in the case on May 17 and they were taken to the correctional home after the Calcutta High Court stayed their bail granted by a CBI court on the same day.

Chatterjee, Mukherjee and Mitra were later admitted to the hospital after their health condition deteriorated.

Hakim had been shifted to a healthcare facility in the correctional home after he developed fever.

The Calcutta High Court on May 21 ordered their shifting to house arrest from jail incarceration.

However, they will continue to remain in judicial custody.

Only Hakim was sent home on that day while others remained in the hospital.

Chatterjee, who had quit the party to join the BJP only to leave it before the recently concluded assembly election, was discharged from the hospital late on Saturday evening on personal risk bond.

Mitra is still undergoing treatment in the hospital.

The sting operation was conducted by journalist Mathew Samuel of Narada News, a web portal, in 2014 wherein some people resembling TMC ministers, MPs and MLAs were seen receiving money from representatives of a fictitious company in lieu of favours.

At that time, the four arrested politicians were ministers in the Mamata Banerjee government.

The sting operation was made public ahead of the 2016 assembly elections in West Bengal.