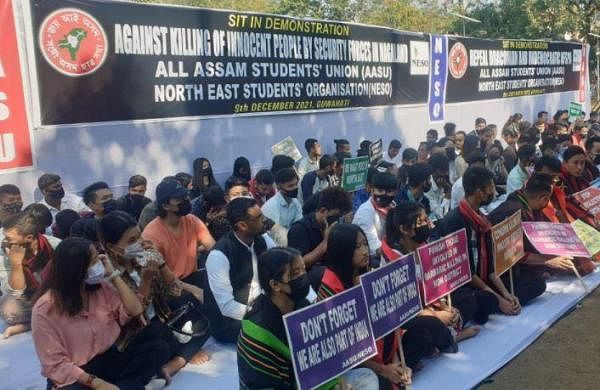 GUWAHATI: Hardening their stand, civil society organisations in Nagaland’s Mon district declared that “total restriction on the convoy of Indian military force and patrolling” within the Konyaks’ soil will continue until justice is delivered to the 14 civilians killed on December 4 and 5 by the security forces.

“In accordance with the declaration made on December 7, the Konyaks (tribesmen) shall not withdraw their non-cooperation to the Indian military forces until their charter of demands is fulfilled,” the organisations said.

The organisations directed land owners to immediately denounce the past land agreements signed for the setting up of military base camps within Konyak areas.

Another regulation is on severing all forms of public relations with the Indian military.

The organisations asked the state government to take complete responsibility of the two survivors of December 4 incident who were undergoing treatment in Assam. They are the witnesses and hence, their medical treatment, safety and recovery must be taken up by the state government, the statement said.

The organisations directed the Oting village council to denounce the “commendable certificate” awarded to Oting village by the Centre in 1958 for assisting it in maintaining peace in the region.