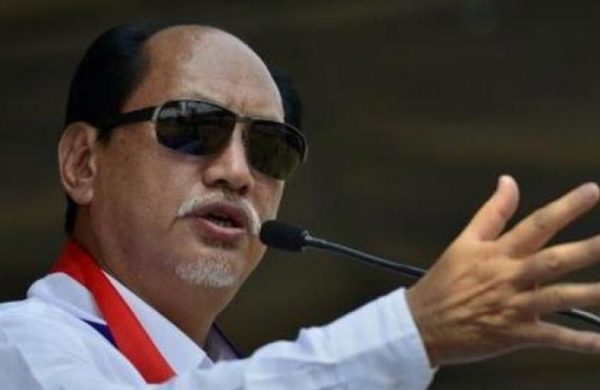 By PTI
KOHIMA: The Nagaland Legislative Assembly (NLA) on Tuesday unanimously constituted a seven-member committee to draft a resolution on the decades-old Naga problem.

The committee including members from both the ruling and opposition benches was formed following a marathon discussion on Naga political issue as matter of urgent public importance on the third day of the ongoing budget session of the house.

It was initiated by Naga People’s Front (NPF) MLA Toyang Chang and equally participated by members of the ruling and opposition including Chief Minister Neiphiu Rio and Leader of Opposition T R Zeliang.

The committee members have been asked to meet in the Speaker’s chamber Wednesday to draft the resolution on the issue which would be placed in the house for adoption as the assembly resolution.

During the discussion, the members expressed concern on the prolonged negotiations between the Government of India and the Naga political groups, including the NSCN(IM) and Naga National Political Groups (NNPGs) comprising of the seven groups.

Initiating the discussion, NPF MLA Toyang Chang said retrospection of the Naga conflict for the past 60 years has only resulted in fear, chaos, confusion, mistrust and economic imbalance in the Naga society.

MLA Dr Chotisuh Sazo said Indo-Naga political issue has being dragging for almost 100 years since the submission of Naga Representation to the British Simon Commission by the Naga Club in 1929.

Deputy CM Y Patton said the journey of our people in the pursue of final solution to Naga political issue has passed several milestone in last more than 70 years.

Several agreements have been signed as well as ceasefire agreement while landmark achievement was August 3, 2015 Framework Agreement and the signing of Agreed Position by NNPGs in December 2017.

The quest for final solution has various other tribal hohos, civil society, FNR and others making efforts, he said while appealing to all the stakeholders to continue the spirit of unity in the pursuit.

NPF MLA Imkong L Imchen said even as Nagas do not have a distinct script as others but Nagas as a race is a distinct entity in the history of mankind, he said.

He was also sarcastic about Prime Minister Narendra Modis silence on solution of the Naga issue after the signing of the Framework Agreement.

“I am happy with the firmness of the PM as he has not uttered a single positive or negative word till today from signing of the Framework Agreement,” said Imchen.

BJP president and minister Temjen Imna Along said “We are at a threshold where everyone speaks of solution but we do not have that meeting point.

“He said Naga people may be confused but PM and Union Home minister are not confused as they want the solution to happen and want to give us the solution.

Along suggested that Naga legislators and Nagas in other Naga inhabited states Assam, Arunachal Pradesh and Manipur- should also called for discussion on the Naga issue for a final solution.

Opposition Leader T R Zeliang said Naga political issue is not about who is right but about what is right for the Nagas.

He said there is an apparent gap between the Naga negotiating groups and as such the elected representatives of the people, and facilitators, all the honourable members also have a big role to play in bridging the gap and differences between them.

Zeliang said the current government at the centre has shown the political will to solve the Naga political issue.

And towards this end, he said, the positive vibe which the Prime Minister instilled in the Naga People and also within the functionaries in his government, when he visited Nagaland on November 30, 2014 and held extensive deliberations with all the apex civil organisations, brought about a paradigm shift in the way the talks progressed between the Naga groups and the Government of India.

Chief Minister Neiphiu Rio, responding to the discussion said the assembly is the highest platform of democracy in the state.

“A political solution that is honourable and acceptable to the Naga people will usher in a new era of rapid economic growth, all round progress and greater employment opportunities for our youth,” said Rio.

Rio also accepted the suggestion of the opposition leader and other members on constituting a committee to draft a resolution considering the discussions held in the house.

They would present the resolution on Thursday for adoption by the members.