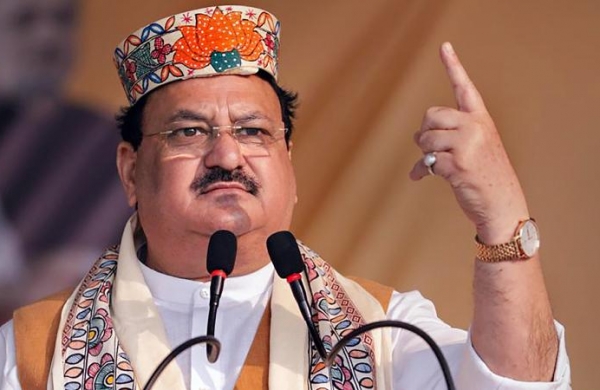 By PTI
NEW DELHI: BJP president J P Nadda will launch an election manifesto crowdsourcing campaign in West Bengal on Thursday and address a public rally, the party said in a statement.

He will also address a conference of the intelligentsia, among his other engagements during a daylong stay in the poll-bound state, BJP’s national media in-charge Anil Baluni said.

The BJP chief will also pay tributes to Bankim Chandra Chattopadhyay, the composer of Vande Mataram, at his residence and museum.

Nadda’s programme schedule includes lunch at the house of a jute mill labourer and prayers at the Anandpuri Kalibari temple, followed by a “Parivartan Yatra” rally.

In the evening, he will visit the ancestral home of renowned Bengali writer Bibhuti Bhushan Bandopadhyay to pay his tributes, followed by a visit to the West Bengal State Armed Police headquarters to pay homage to the martyr Mangal Pandey pillar, the statement said.