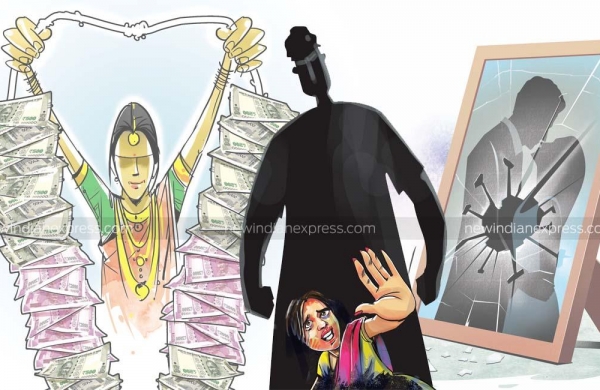 Express News Service
NEW DELHI: Nearly a month after a 23-year-old woman died by suicide allegedly due to dowry harassment, the All India Muslim Personal Law Board (AIMPLB) has directed clerics to not solemnise weddings where such demands are made by the groom’s family. The campaign has already started in Maharashtra, Gujarat, Telangana, Madhya Pradesh, and Karnataka and will soon be launched in all other states and Union Territories too, the prominent Muslim body said.

“It has been decided where there is a forced dealing of dowry in marriage, Ulama and Qazis would not participate in that marriage. This initiative is necessary for the protection of the daughters,” the AIMPLB said.

The Muslim body also called upon the community to make marriages simple, convenient and easy. “Muslims should not hold marriage ceremonies in big hotels and expensive wedding halls. In the same way, avoid the customary dowry, barat and other rituals and save yourself and others. Treat your wives well, and achieve success and prosperity by adopting Islamic teachings,” said Maulana Muhammad Rabe Hasani Nadvi, President of AIMPLB.

Secretary of the Board Maulana Umrain Mahfuz Rahmani said that the campaign is aimed at urging the community to make marriages simple, easy and prevent unnecessary ceremonies and customs, especially demands of dowry that lead to oppression of daughters and daughters-in-law. “This campaign has been started in Maharashtra, Gujarat, Telangana, Madhya Pradesh, and Karnataka by holding meetings with scholars and social workers of these states. The campaign will start in other states too in a few days, insha’Allah,” the Muslim body stated.

The development comes days after a woman from Ahmedabad died by suicide due to drowning in Sabarmati river. Before jumping into the river, the woman made a video in which she asked her father to drop the case of domestic violence against her husband and in-laws. It was later revealed that her husband and in-laws used to abuse her physically for dowry. The video caused a lot of stir in the society and her husband was later arrested.