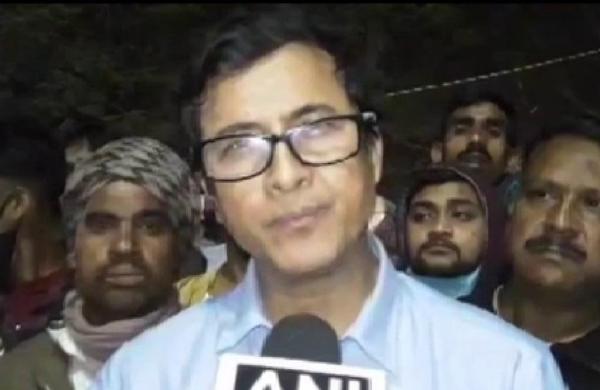 By ANI
MURSHIDABAD: West Bengal CID takes over the case, in which state Labour Minister Jakir Hossain suffered injuries, after unidentified people hurled a bomb at him in Murshidabad on Wednesday, sources said on Thursday.

The Minister yesterday suffered injuries after unidentified persons hurled crude bombs at him while he was walking towards Nimtita Railway station to board the train for Kolkata. Railways minister Piyush Goyal and BJP national-general secretary and Central Observer for West Bengal Kailash Vijayvargiya condemned the attack and wished quick recovery of the injured.

“I condemn the dastardly bomb attack at Nimtita Railway Station in West Bengal. My prayers are for the quick recovery of the injured,” Goyal tweeted. “I strongly condemn the crude bomb attack on TMC minister Jakir Hossain at Nimtita railway station, Murshidabad. I pray for their speed recovery,” Vijayvargiya said in a tweet.

Governor Jagdeep Dhankhar termed the attack on Jakir Hossain “reprehensible” and expressed concerns over rising violence in the state. Dhankhar said that time has come for the West Bengal Home administration and Chief Minister Mamata Banerjee to act fast as per law, stating that there is no place for violence in a democracy.