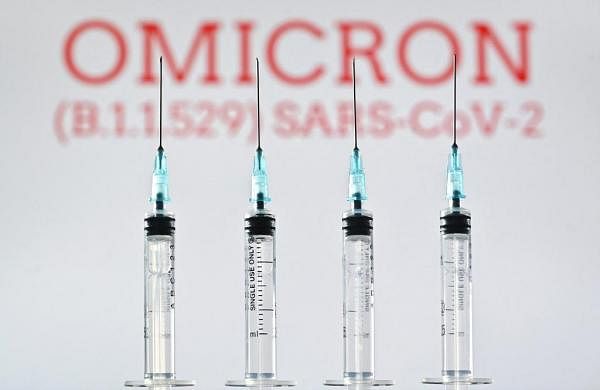 MUMBAI: Maharashtra on Sunday reported 11,877 fresh COVID-19 cases, 2,707 more than the day before, and 50 Omicron infections, the state health department said in a bulletin.

The state reported nine fatalities, which increased the overall COVID-19 toll to 1,41,542.

Maharashtra is now left with 42,024 active cases, the bulletin said.

However, as per the Mumbai civic body, the number of new cases detected in the city on Sunday was 8,063.

The Mumbai region including satellite cities and neighbouring districts reported 10,394 infections  nearly 90 per cent of the total cases in the state.

The Brihanmumbai Municipal Corporation (BMC) data showed the city had reported 809 cases on December 27, which meant the tally jumped by almost 10 times as on Sunday.

On Saturday, Maharashtra had reported 9,170 cases.

More than ten ministers and at least 20 MLAs in Maharashtra have tested positive for coronavirus so far, Deputy Chief Minister Ajit Pawar had said on Saturday.

Maharashtra has so far reported 510 such cases of which 193 patients recovered.

With 2,069 more patients being discharged, the overall count of recoveries in Maharashtra went up to 65,12,610, it said.

The Mumbai civic body conducted 47,410 tests in the last 24 hours, as per the bulletin.

With the spike in cases in Mumbai, city civic chief Iqbal Singh Chahal on Sunday sought to allay apprehensions, saying 89 per cent of the infections are asymptomatic.

He also said that 90 per cent of beds are lying vacant.

He urged people to strictly adhere to COVID-19 protocols.

Mask is mandatory in the public domain and citizens should refrain from going to crowded places.

All of us must join hands to tide over this new wave of the COVID pandemic, he stressed.

Today 8,063 new COVID cases have been detected in Mumbai out of which 89 per cent were found to be totally asymptomatic and total number of active cases in Mumbai are now 29,819.

However, out of 8,063 new cases today, only 503 have been hospitalised out of which 56 cases have been put on oxygenated beds. As of today, 90 per cent of hospital beds in Mumbai are vacant, he said in a statement.

Mumbai did not see any COVID-19 fatality during the day, keeping the toll unchanged at 16,377, the bulletin said, adding that 89 per cent of the cases reported, or 7,176, are asymptomatic.

There is no reason to panic but at the same time all of us have to be extremely cautious and exercise extreme Covid appropriate behaviour, Chahal said.

As per the bulletin, 578 persons were discharged in Mumbai in the last 24 hours, taking the recovery count to 7,50,736, which is 94 per cent of the overall tally, while 503 people are hospitalised, including 56 on oxygen support.

The Mumbai data showed that the caseload doubling time was 183 days, the growth rate in cases between December 26 and January 1 stood at 0.38 per cent.

The civic body has sealed 203 buildings.

There are nine containment zones.

The Pune region recorded eight fatalities and Mumbai region one.

Meanwhile, Maharashtra CMO tweeted that COVID-19 vaccination for children in the age group of 15-18 years will be launched at nine dedicated centres in Mumbai along with the national drive for this age group.