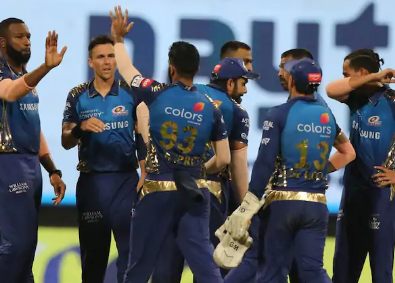 With four wins from the last five encounters, Mumbai Indians are by far one of the best teams in the competition and are placed only second to Delhi Capitals, who with one more game to their name, have 12 points so far. Mumbai historically have an advantage against the Kolkata-based franchise, whom they have beaten in 10 of their last 11 encounters. It is an intimidating stat – something that will give them moral ground when they take on the SRK-owned franchise. Three wins and two losses – that is Kolkata Knight Riders in the last five games. It is a fairly good run but the manner of which they won doesn’t really inspire any confidence. Both CSK and KXIP did the choke-job to perfection which helped KKR win against them but as they take on Mumbai, a franchise that also has Abu Dhabi as their home base, they will try to look at last year’s Russell-powered encounter as an inspiration and up their anteBarring Deccan Chargers and Rising Pune Supergiant, the two already-defunct teams in the IPL, Rohit Sharma’s average of 47.6 against Kolkata Knight Riders is his highest amogst all sides. His only century in the Indian Premier League also came against the same franchise, which might have been due to his love affair with Eden Gardens. But then again Rohit Sharma has already scored an 80 against KKR in Abu Dhabi last time they met earlier this season. So things look quite pale for the Dinesh Karthik-owned franchise..Shubman Gill has pushed himself in the same direction as most of the other openers have in this IPL, that starting slow and anchoring the innings but given KKR have many hard-hitters in the middle overs, he will have a big role to play tomorrow. Gill averages 61.7 in games that Knight Riders have won in IPL 2020, which makes him a valuable instrument in the KKR side.