Mumbai Diary: Seat of power shifts from Matoshree to Varsha 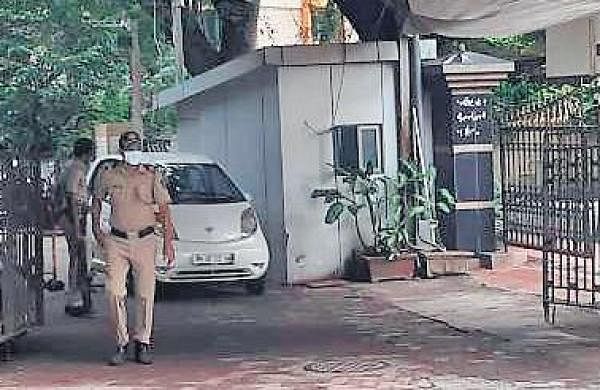 Express News Service
Turncoats turn vociferous with unsavoury remark If reports from the BJP circles are to be believed, vociferous turncoats are making the established leaders uncomfortable, while alienating the masses. Earlier, BJP MLC Gopinath Padalkar was in news for his statements against NCP chief Sharad Pawar. Now, Union minister Narayan Rane’s sons are targeting Sanjay Raut and Aditya Thackeray. Another turncoat, MLC Prasad Lad went one step ahead and threatened to blow up Shiv Sena Bhavan at Dadar. Earlier, such threats were confined to terrorist outfits

Maha RERA chief’s murky land deals raise eyebrowsQuestions are being raised about the ethicality of Ajoy Mehta continuing as the chairman of Maharashtra Real Estate Regulatory Authority (RERA) – a body to redress the grievances and disputes of buyers and developers – when he is being probed for real estate irregularities. Recently, the Enforcement Directorate (ED) served a notice on Mehta, who was formerly the principal advisor to Chief Minister Uddhav Thackeray. The ED seeks to get to the bottom of a `5.33 crore 1,076 sq-ft apartment at Nariman Point purchase made by Mehta allegedly through a shell company linked to a Pune-based developer. Recently, Mehta’s son, too, bought a 750 sq-ft flat at Prabhadevi for `2. 86 crore days after the Nariman Point deal, days after Mehta senior’s deal.

Guv sitting on another list sent by Maha govt After sitting on a list of 12 names nominated to MLC, Governor Bhagat Singh Koshayari seems to be delaying another. The Raj Bhavan has reportedly not approved a list of names for appointment as Maharashtra Public Service Commission (MPSC) directors. Deputy Chief Minister Ajit Pawar, during the Monsoon session, had promised to fill all vacant posts by July end. No progress has been made so far, leading to the Opposition targeting Pawar for the delay. However, Pawar can seemingly do little until the Governor clear the MPSC directors appointments list.

Seat of power shifts from Matoshree to VarshaVarsha has seemingly replaced Matoshree as the seat of governance. In earlier days, decisions impacting Maharshtra’s future came from Matoshree, but ever since Uddhav assumed the chief ministerial mantle, his official residence Varsha has replaced the former as the hub of political churning. With the Thackerays making Varsha their home, a bevy of leaders make a beeline for Varsha. After Mantralaya, Varsha is the biggest host to political meetings in Maharashtra. Not just politicians, even senior officials make it a point to mark their presence at Varsha, while Matoshree wears a deserted look.